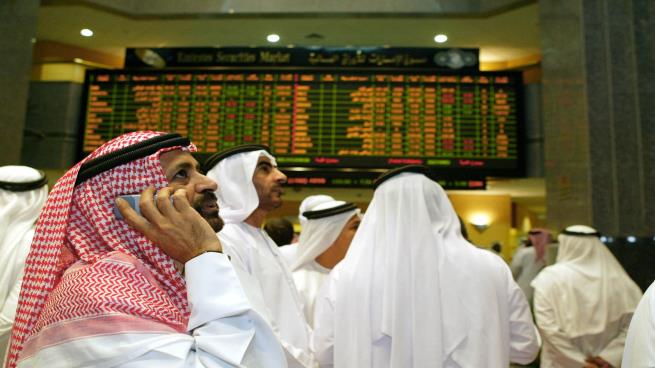 The Abu Dhabi Stock Exchange (ADX) suffered a sharp drop at the end of this week, hitting its lowest level in 8 months, under pressure from the expiration of the right to distribute shares of the First Abu Dhabi Bank.

Abu Dhabi’s index fell 2.2%, its biggest loss since June 2018, with First Abu Dhabi Bank, the largest bank in the UAE, down 5.2% after the right to dividends. The bank announced a cash dividend of AED 0.74 per share last month.

Union National Bank rose 1.1% after the bank called for a shareholders meeting to approve the proposed merger with ADCB, which rose 0.2%.

Heavyweight Industries Qatar fell 5.7%, its lowest level in six months, after trading without the right to the dividend. The country index jumped 21% in 2018, and the market was among the best performing around the world, boosted by the increase in the maximum foreign ownership in corporate stocks, but the index has fallen 4.4% since the beginning of this year, with the impact of this change fading.

Dubai’s index fell 0.4%, with Emirates NBD, the emirate’s largest bank, down 1.1% and Damac Properties down 2.1%. Dubai property prices fell from a peak in mid-2014 and were partly behind the worst performance of the local currency market index compared with other major global markets last year.

Despite the rise in Dubai stocks since the beginning of the year supported by strong financial results for real estate companies in the fourth quarter of last year, the further decline in real estate prices constrained gains.

Meanwhile, Bloomberg said a banking giant would emerge from the merger of ADCB and UNB, but noted that the implications of the deal were a concern for the liquidity of large companies in Dubai, led by Emaar Development, Emaar Properties and Damac due to the flight of financial flows.

The agency expected the merger deal, after about two months in Abu Dhabi, to put more pressure on shares already hit a strong blow in Dubai.

ADCB and Union National Bank are due to merge on May 1 and are expected to attract about 193$ million from investors following the standards compiled by US specialist firms Morgan Stanley Capital International (MSCI) and Britain’s Financial Times Stoke Exchanges Russell “FTSE Russell, according to” Bloomberg “the strategic expert in” EFG Hermes Holding “, Mohammed Haj.

Al-Haj said in a report that the joint entity would later acquire a private-owned bank, which would lead to the creation of a 114$ billion banking entity, potentially removing three shares in Dubai from the MSCI index.

In another scenario, the National Bank of Abu Dhabi (NBB), the largest bank in the UAE, will increase its foreign ownership limits from 25% to 40%. If this is done before mid-April, there is “a very high probability” that the three MSCI shares will be removed as soon as possible by May.

The National Bank of Abu Dhabi announced in January that it plans to increase the stake of foreigners, and shareholders have agreed to this step but have not taken a practical measure to this effect so far.