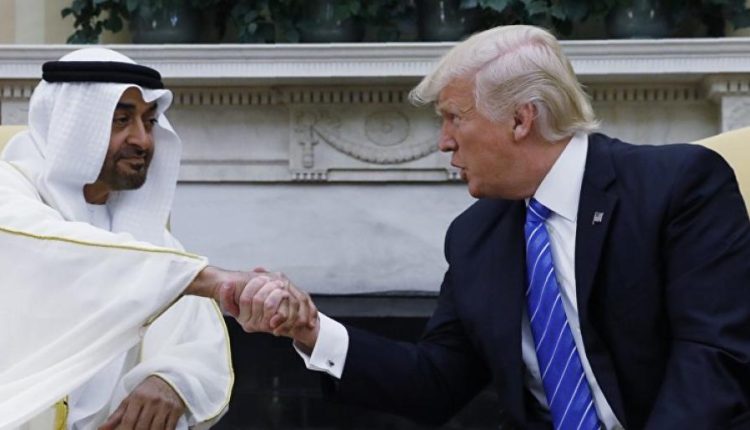 The Center for American Progress Research rejected any relations with autocratic regimes due to doubts about the position of US President Donald Trump, including the UAE.

According to The Guardian, the Center, one of the most liberal centers in Washington, no longer accepts funding from the UAE because of the suspicious relationship with Trump.

The center explained that it is avoiding the governments it sees as anti-democratic across the world in an effort to distance itself from the authoritarian regimes with which the Trump administration has established close relations.

“With a rising undemocratic tide around the world, and serious questions about which side of that struggle our own president stands on, it seemed clear that all Americans should take extra steps and leave no doubt where they stand,” a spokesperson for the liberal organization told the Guardian.

According to documents, the move by the Center to reject the UAE funding began in June 2018 and ended last December.
The spokesperson added, “This funding never impacted any CAP position or policy, but everybody here agrees it’s just the right thing to do.”

The move is part of growing scrutiny of financial ties between authoritarian governments and influential research centers in the US capital.

The center has reported receiving UAE funding between $500,000 and $1 million, making the foreign entity one of the think tank’s top donors.

The Center for American Progress, founded in 2003 by John Podesta, former Chief of Staff Bill Clinton, emerged during the administration of former President Barack Obama.

Other research centers in the United States have also been criticized for receiving funds from the UAE and for establishing close ties with its ambassador, Youssef Al Otaiba, who has gained fame as an influential figure in the US capital.

Financial ties with the UAE have become a source of concern for many US research centers because of the UAE’s association with human rights violations, its strong partnership with Saudi Arabia and their role in the war in Yemen.

The newspaper also noted that the UAE is known for its deliberate spending in Washington in order to create a friendly environment and thus achieve its strategic objectives.

The pivotal role played by the UAE and Saudi Arabia in influencing Trump’s foreign policy has been further scrutinized by trade and personal relations between members of the Gulf states and those in the president’s inner circle, including his brother-in-law and adviser Jared Kouchner.

Newspaper: UAE tolerant with all religious practices except Islam