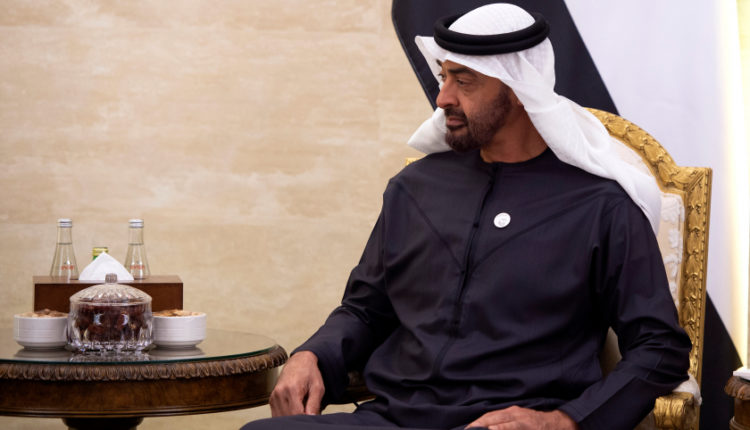 Arab tweeters launched hashtag “Evil Emirates” to attack the role of the UAE regime in the counter-revolution in the Arab world like Egypt and its current attempts in Sudan and Algeria to corrupt the revolutions of their peoples.

With the renewal of the Arab spring wave in both Sudan and Algeria, the UAE was the first to denounce the revolution in the two countries with its interventions and support for the counter-revolution against the demands of the people for freedom and change.

Signs and slogans that reject the influence of the UAE in Algeria, along with other banners rejecting French intervention, the former colonial power of Algeria, have been held at the protests demanding the departure of the old regime and not only Abdelaziz Bouteflika who resigned from the presidency after 20 years of rule.

Algerians posted on social media sites warnings of the influence and presence of the UAE in their country the hashtag ( #اقطعوا_العلاقات_مع_الإمارات) which means cut relations with the UAE.

The UAE’s interventions in the Arab world and in the countries of the revolutions that took place in 2011 are still in place. They have supported counter-revolutions in most countries. In Yemen, it is being accused of being an occupying power. In Egypt, the UAT is the main ally of the military coup. In Libya, the UAE supports Khalifa Haftar to invade Tripoli. The UAE tried repeatedly in Tunisia, where it partly succeeded, to demonize national forces in favor of its arms.

Giorgio Caverno, director of the Center “Gulf States” in Washington, said in an article on Lob Lug, that the Algerian unrest is a concern of the Saudi-UAE conglomerate.

While this was happening, the forces of retired Libyan General Khalifa Hafter moved towards the Libyan capital of Tripoli, with thousands of tanks and armored vehicles, most of which Abu Dhabi has provided to his forces over the past few years.

Officials in the UAE insist on confirming Hafer’s support amid international outrage and condemnation, including a senior official who went so far as to say that the UAE armed forces were involved in the attack.

The UAE has provided hundreds of armor, vehicles, and funds to Khalifa Haftar forces for years, helping him withstand the internationally recognized government forces and the “rebels” who refuse to expand his forces.

Youth Movement Against The Coup said, “The Arab world is being kidnapped by the military planning of bin Zayed.”

Al-Hourah Al-Abiayh said on tweeter, “The Emirates are killing the Arab world in cold blood.” Noor stressed: “Any calamity and any disaster and any abortion of any Arab revolution is the role of the axis of evil.”

Fadelah Al-Natheir said, “The demon of the Arabs and the father of ruin and counterrevolution is the one who fears for Algeria from his conspiracies and his mercenaries. I have never been a believer in the conspiracy theory, but everyone who has followed and deepened the reading of the Arab and Islamic scene since 2011 realizes that this devil and the evil Emirates are the ones who we should be careful of.”

UAE continues to decline in the world press freedom ranks