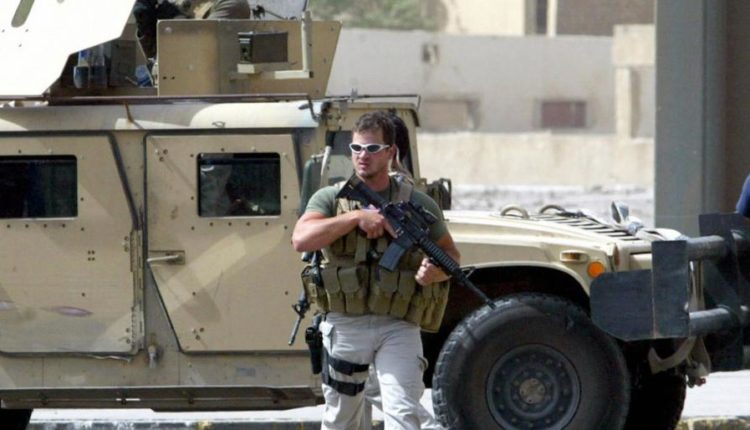 The American website, BUZZ FEED, revealed that Erik Prince, the founder of “Blackwater,” established a new security services company in southern Iraq, registered in Hong Kong and has a branch in the UAE.

Prince was the founder of Blackwater, a private security services company that was banned from working in Iraq after its elements opened fire on unarmed civilians in Baghdad killing many of them.

The American site pointed out that with the support of Chinese money, Prince in Hong Kong began to set up a general logistic services group in 2014 and since then his company has expanded its services to many projects, especially in Africa, before starting work in the UAE.

He added that the company had established an office in Dubai and from there contracted with the Iraqi Ministry of Commerce in 2018 to start work in oil-rich Basra in southern Iraq.

The US site said that the company “did not respond to requests for comment about the nature of its business in Iraq. Rep. Jan Schakowsky, a Democrat from Illinois and a longtime critic of Prince and Blackwater, said the document was ‘troubling.’ ‘This should sound alarm bells for the Iraqi government, who expelled Blackwater from Iraq for deadly behavior,’ she said.”

The website said the security company did not announce that it was present in Iraq in its latest annual report, which indicated the new offices it had opened in the Middle East last year, without specifying the countries.

Prince said in March that the company did trucking and transportation in southern Africa, along with grocery delivery and medevac operations. He also added that it would be “supporting, hopefully, oil operations in countries like Iraq or Pakistan or the hydro dams.”

Prince founded the notorious Blackwater after the September 11 attacks and was contracted by US forces in Iraq, before his elements killed 14 Iraqi civilians in central Baghdad in 2007.

Years after the company was banned and expelled from Iraq, Prince established his new company and returned to Iraq to work again, after opening an office in the UAE.

The UAE is widely dependent on foreign mercenaries in its subversive plots in several countries, most notably Yemen and Libya.

International events… the UAE gateway to normalize with Israel