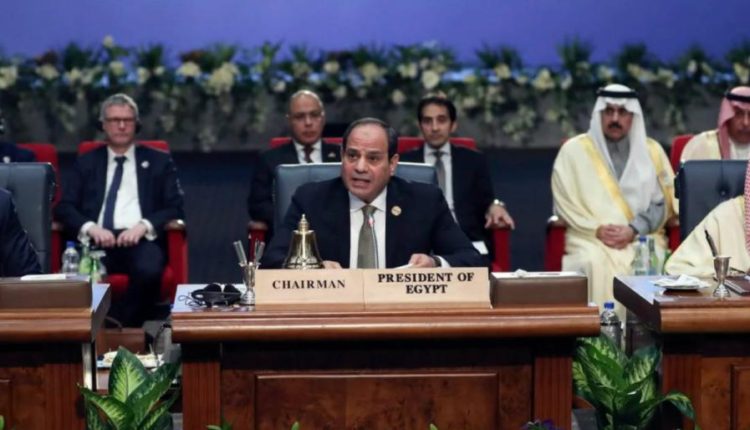 The United Arab Emirates and its allies, Saudi and Bahrain, have been diplomatically embarrassed after rejecting their proposals for the final declaration of the Arab-European summit held in Egypt over the past two days.

This was a new blow to the UAE after the European leaders refused the Crown Prince of Abu Dhabi, Mohammed bin Zayed participation in the summit, in addition to the Saudi Crown Prince Mohammed bin Salman and Sudanese President Omar al-Bashir and Syrian President Bashar al-Assad.

The European side rejected the amendments proposed by Bahrain, the UAE, Saudi Arabia, and Lebanon, and preferred to keep the summit’s final statement on its first version.

“The delegation submitted amendments to the final statement and they were not placed in the statement distributed to the parties at the closing session of the Arab-European summit,” said the representative of the Saudi delegation, Foreign Minister Ibrahim al-Assaf.

The Secretary-General of the Arab League, Ahmed Aboul Gheit, said that the Arab League received from Bahrain, the UAE, Saudi Arabia, and Lebanon amendments, but the European side preferred to keep the final statement on its first version.

It was remarkable that the amendments were ignored by countries that have imposed a blockade on Qatar since June 2017 and are under constant European criticism. The Saudi foreign minister also noted that the amendment included proposals to strengthen cooperation with the European side, which Europe seems to have rejected.

The first Arab-European summit was held in Sharm El-Sheikh, with the participation of Heads of States and Governments of 50 countries from both sides; to discuss joint cooperation between the Arab and European countries on many issues of common concern.

Emirate Leaks, citing reliable sources, said the weakness of the UAE’s representation at the summit, which started on Sunday in the Egyptian city of Sharm el-Sheikh, was at a European request.

The sources said that the European Union required the convening of the Arab-European summit without the participation of the Crown Prince Mohammed Salman and Crown Prince of Abu Dhabi, Mohammed bin Zayed for the summit to ensure its success.

The sources said that the European Union objected to the participation of bin Salman and bin Zayed because of their criminal role in the war on Yemen and accuses of war crimes against them.

UN demands to save a detainee’s life in UAE