Emirates militias continue to spread killing and destruction in Yemen

The militias and the criminal arms of the United Arab Emirates continue to spread killing and destruction in Yemen and to undermine the institutions of the civil state to serve the ambitions of Abu Dhabi and loot its wealth. 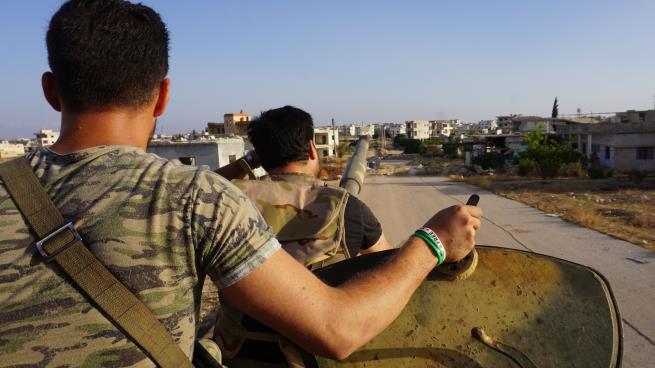 In the latest field development, six people were killed and 36 others wounded in an explosion in the coastal city of Mukha, controlled by the internationally recognized government of Yemen, with UAE troops and militias stationed there.

Having been a flourishing center for the export of coffee, Mukha is now a heavily guarded naval base for the UAE, allied to the government of President Abd Rabbo Mansour Hadi.

Local residents said the explosion was mostly caused by a motorbike, possibly carried out by Al-Qaeda organization or ISIS.

In the meantime, a Yemeni source revealed that the oil harbor in the Yemeni city of Aden is threatened to collapse due to the UAE military practices in the port, where the dock was damaged by the landing of heavy weapons such as tanks and a heavy dirt cover along the port.

With the absence of specialized maintenance, the dock began to crack. The source, an Aden resident, said: “When you enter the port, you feel like you are in a military camp and not in a productive civilian facility.”

What happened in the port is not an individual case. Since the entry of the UAE and the coalition forces into the Yemeni areas, they have taken control of important facilities which it seems to be for military necessity. But after the liberation of the provinces and the calming of the situation, the UAE forces kept the control over these facilities, especially ports and airports.

The UAE’s determination to use them has resulted in depriving citizens, especially in these facilities, from carrying out their business and benefiting from their services, as the case in the port of Al-Mukha, where the UAE forces are located, and Al-Rayyan Airport in Mukalla, which is also a military base for Emiratis as well.

The port of Mukha did not resume its activities, although it was liberated in early 2017 from the Houthi militants. It became the headquarters of the UAE forces overseeing the liberation of the West Coast, although there are vast alternative areas that can be taken as headquarters for these forces.

The port operation is very necessary for north residences, by geographical proximity, to facilitate the entry of goods and assistance, especially under the control of the Houthis on the port of Hodeidah, as well as thousands of people depend on it as an income source.

The government’s efforts to operate the port failed. Former Prime Minister Ahmed Ben Dagher’s promise to restart it during the visit to the port after liberation was unfulfilled. And the UAE forces prevented Ali al-Maamari, the former governor of Taiz, who was administratively followed by the port, from entering it.

The Yemeni political analyst Faisal al-Hudhaifi said that the Al-Mukha port operation will solve the problems of Taiz province, and make them manage themselves without the support of anyone, and the UAE knows it.

“The port can be a safe passage for international travel through Ethiopia, Djibouti, and Somalia, and for trade, import, and export in order to meet the needs of Taiz and the rest of the beneficiary geography at semi-regular and regular prices,” al-Hudhaifi said in a publication on Facebook.

Al-Hudhaifi added: “The port of Mukha will provide sufficient income from customs duties, taxes, and fees for marine and service services, and the difference in the price of oil derivatives, which will support the local treasury, and Taiz won’t be in need for any support.”

In another example of the UAE’s crimes, Al-Rayyan Airport in Mukalla, the capital of Hadramout province, is considered one of Yemen’s most important airports, but since April 2016 it has become a headquarters for Emirati forces.

The airport benefits the residents of Hadramout, Shabwa, Mahara and Socotra governorates as well as traders and fish suppliers outside Yemen.

According to media reports, the UAE is trying to monopolize the airport after it reopened for Etihad Airways.

The UAE is directly involved in running the ports of Aden and Mukalla. It controls the export of LNG and oil fields in Shabwa province and prevents the export of oil and gas. The militia also threatens the legitimate government by breaking into the administrative institutions and control them.

Yemeni observers confirm that the UAE is generally hostile to the Yemeni people through its performance, practices and behavior, and its policies since its intervention in Yemen are not in the interests of the Yemenis. Abu Dhabi has been involved in the militarization of civilian life in the liberated provinces and has created an environment for investment and commercial movement, especially in Aden.

AFC threatens the UAE due to a riot of its fans