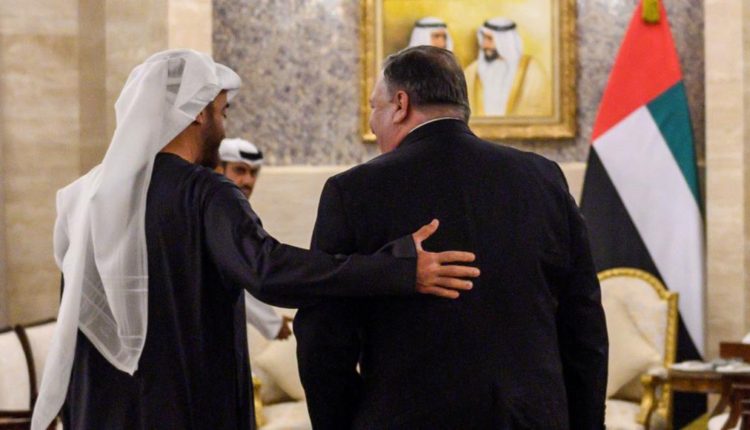 The Abu Dhabi Crown Prince has proposed to US Secretary of State Mike Pompeo to use mercenaries to assassinate Taliban leaders in “Blackwater-style” operation, according to the website.

According to the website, the Crown Prince of Abu Dhabi stressed that this would contribute to weakening the position of the negotiating movement, while the United States was preparing to conduct negotiations with the movement.

Sheikh Mohammed bin Zayed raised the idea during Pompeo’s visit to the United Arab Emirates on January 12 amid disagreements over progress in US-Taliban peace talks, the website said in a report published on Thursday.

The report pointed out that bin Zayed was frustrated and discontent because of the transfer of rounds of negotiations with the United States and Taliban to Doha, the Qatari capital, at the request of the leaders of the movement.

The website quoted an informed source saying that the Abu Dhabi Crown Prince’s proposal to assassinate Taliban leaders is a replica of a targeted assassinations program in Yemen to target leaders of the Yemeni Congregation for Reform.

The source said the US secretary of state sounded shocked by what he heard from the Crown Prince of Abu Dhabi, but did not comment on the offer.

According to the source, Bin Zayed warned US Secretary of State that the withdrawal of US troops from Afghanistan may turn the clock back to 2001, before the US invasion that toppled the Taliban from power in Kabul.