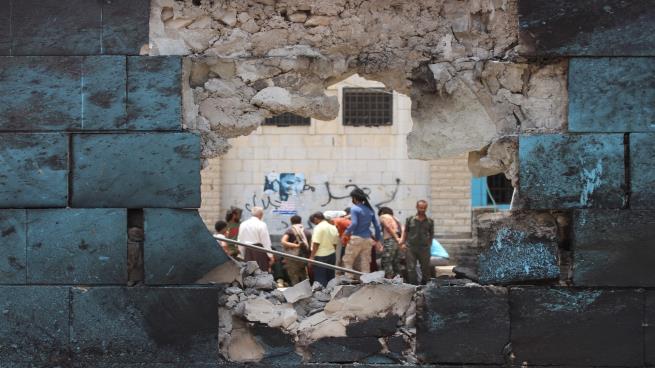 The last four years of U.S. policy toward Saudi Arabia and the United Arab Emirates (UAE) were bleak for human rights. The Saudi- and UAE-led military campaign in Yemen has been rife with violations of the laws of war and helped bring the country to the brink of famine. Saudi agents gruesomely murdered the Washington Post columnist Jamal Khashoggi inside a Saudi consulate in Turkey. And both Saudi and UAE leaders ramped up their campaigns against domestic dissent.

The Trump administration ignored or enabled these abuses, all while disingenuously citing human rights concerns to justify a “maximum pressure” campaign of sanctions on Iran that were so severe they endangered ordinary Iranians’ right to health care – and that continued in the midst of a pandemic.

The Biden administration has demonstrated an initial commitment to its campaign promises to “reassess our relationship with the Kingdom, end U.S. support for Saudi Arabia’s war in Yemen, and make sure America does not check its values at the door to sell arms or buy oil.” President Joe Biden stated in his Feb. 4 foreign policy address at the State Department that the United States is “ending all American support for offensive operations in the war in Yemen, including relevant arms sales.” According to the Wall Street Journal, the United States temporarily suspended arms sales to Saudi Arabia and “is scrutinizing purchases” by the UAE, while Avril Haines, the U.S. Director of National Intelligence, committed to releasing to Congress an unclassified U.S. report on Khashoggi’s murder.

These are important early steps. But if Biden is going to bring to fruition his campaign promises of supporting human rights and democratic values, the United States will need to fundamentally alter its relationship with Saudi Arabia and the UAE.

In his State Department speech, Biden said the United States will “continue to support and help Saudi Arabia defend its sovereignty and its territorial integrity and its people.” Yet it is important that the U.S. not use this as a justification to continue multi-billion-dollar arms deals that have been a blessing for U.S. arms companies and a curse for Yemeni civilians. The Saudi- and UAE-led coalition have used U.S. weapons in some of the most devastating attacks on civilians in Yemen, including attacks on a market and a funeral that killed nearly 100 people each. Both were likely war crimes.

It is critical that the United States ensure that Saudi Arabia and the UAE will not have the means to commit further grave violations of the laws of war in Yemen. The Biden administration should end arms sales to both countries unless and until they take meaningful steps to end their abuses in Yemen and act to hold those responsible for war crimes to account, something that neither Saudi Arabia nor the UAE has shown any willingness to carry out.

At Human Rights Watch, we have documented these patterns of unlawful attacks for years, and it is why we have called for arms embargos on both Saudi Arabia and the UAE. Despite their track record, the two Gulf powers have avoided accountability for unlawful airstrikes. That makes cancelling last year’s proposed $23 billion U.S. weapons sale to the UAE – a package that the Center for International Policy reported includes F-35 combat aircraft, MQ-9 armed drones, bombs, and missiles — a particular priority, as these weapons could immediately be used in Yemen and in other conflicts where the UAE has carried out unlawful strikes, such as Libya. The Biden administration on Jan. 28 called on external parties to the conflict in Libya, including the UAE, “to cease all military intervention in Libya.”

Canceling the pending U.S. arms sales could increase pressure on the UAE to not only end support for abusive local armed groups in Yemen but also to end its involvement in Libya. Italy recently set an example by revoking authorizations for sales of thousands of missiles and bombs to Saudi Arabia and the UAE over their role in Yemen.

The Biden administration also should scrutinize its military cooperation with Saudi and UAE forces by applying Leahy Laws and similar standards that would suspend U.S. equipment, arms, and training for units involved in grave human rights abuses in Yemen. It has long been clear that the United States repeatedly cites various reasons for why such laws don’t apply. Ultimately, the United States has become complicit by neglect.

The United States also should impose sanctions on Saudi and UAE officials involved in human rights abuses, under the Global Magnitsky Human Rights Accountability Act and Executive Order (E.O.) 13818, which builds on and implements the Global Magnitsky Act. While the Trump administration used these tools to sanction 17 Saudi officials “for having a role” in Khashoggi’s murder, the Biden administration should also consider applying them to Saudi and UAE military commanders who have overseen or ordered unlawful attacks and other serious abuses in Yemen, and for Saudi officials who oversaw the torture and assault of detained women’s rights activists at home.

Further, the Biden administration should publicly raise concerns to Saudi and UAE leadership about their human rights abuses at home. The Saudi de-facto leader, Mohammed bin Salman, has closely followed the lead of UAE de-facto leader Mohammed bin Zayed in treating all forms of domestic dissent as a national security threat. Since the Saudi leader’s rise to power in 2015, his government has overseen the jailing of reformist clerics, senior princes, businesspeople, women’s rights activists, and even an economist.

It is already clear that the Biden administration’s initial decisions, such as ending U.S. support for the war in Yemen, are having a tangible impact on Crown Prince Mohammed’s calculations over the external costs of domestic repression — several Saudis detained for their peaceful criticism, including U.S. citizens Salah al-Haidar and Bader al-Ibrahim and women’s rights activist Loujain al-Hathloul, have been temporarily released. Crushing independent voices like these in the Middle East is unlikely to be a recipe for long-term stability, which U.S. policy claims to seek.

The Biden administration could build on this momentum by calling for the immediate release of human rights defenders like Ahmed Mansoor in the UAE, countless human rights defenders in Saudi Arabia who have been sentenced and imprisoned for their peaceful activism, and demanding Saudi Arabia drop the travel bans and suspended sentences on released activists like al-Hathloul. Though out of prison, al-Hathloul and other recently released Saudi activists risk an immediate return to prison should they make any misstep.

A more consistent approach to human rights messaging toward Saudi Arabia and the UAE—one that defends people’s rights in both countries in the same way as those facing unrelenting repression in Iran—would be a clear break from the previous administration. Saudi Arabia and the UAE have highly image-conscious governments that spend billions on PR firms, celebrities, artists, and sports figures to whitewash their terrible human rights records. Regular and direct U.S. criticism of Saudi and UAE abuses should be a fundamental part of a Biden administration reassessment, so that, to quote the president’s campaign promise, “Human rights will be a priority, even with our closest security partners.”