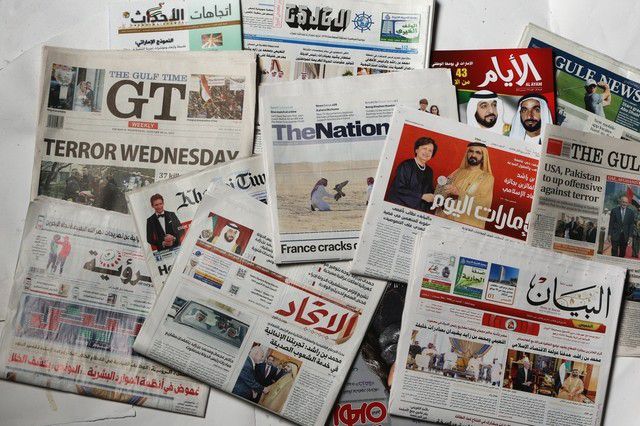 Fifty-two members of the British Parliament signed a petition condemning human trafficking in the UAE, in the latest international condemnation of Abu Dhabi’s human rights record.

British MPs called on their country’s government to pressure the UAE government to stop human trafficking practices and provide compensation to victims.

The petition also asked the British government to ensure that any future trade agreements with the UAE must take into account the respect of the UAE for human rights and seriously combat human trafficking.

The petition called on the Abu Dhabi government to provide immediate support to victims of human trafficking.

Last November, a documentary film shown at an international conference hosted by the Italian University of Florence exposed the UAE as a country of prostitution and human trafficking, reinforcing a series of international reports that had previously emphasized the corruption of the UAE system and its gross violations of human rights.

Meanwhile, the British newspaper “Express” revealed that the 50-minute documentary film deals with the spread of prostitution and human trafficking in the UAE under the title (It is not for sale).

The newspaper stated that the film is a shockingly documented investigation, which was implemented over two years in the field of sex trafficking and forced prostitution in the Middle East, especially the UAE.

The documentary revealed how this deadly trade is organized, those behind the world’s third most profitable crime, and who are the victims.

Using secret filming, interviews and expert analyzes, the film reveals human rights violations, and how women seeking jobs in the services sector are trafficked under false pretenses from different countries, such as Moldova, where they end up as sex workers with slaves.

The film follows rehabilitation shelters in Eastern Europe, where they attempt to restore the lives of victims, and reviews their personal stories, in interviews with several prominent professionals working in the areas of prevention, advocacy, law enforcement, academic and institutional research, including human rights and anti-trafficking human rights activists.

According to the International Labor Organization, forced labor alone generates $150 billion in revenue, while in Europe and Central Asia 62 percent of trafficking victims use for sexual exploitation, 96 percent of them are women and girls.

Moldova is the poorest country in Europe, and because of that it is a major station for recruitment, where women and girls are sent to massage parlors in the Emirates and then exploited in the shameful prostitution phenomenon.

The documentary highlights that the legal status of foreigners in the UAE carries extensive human rights violations that depend entirely on the employer who can withhold papers and the salary of any employee without little protection from the state.

He also revealed that children are victims of sexual and labor exploitation in the UAE at a time when the authorities in the country are ignoring the phenomenon of human trafficking in shock.

The documentary criticized the UAE authorities’ failure to tackle the phenomena of smuggling networks for trafficking in human beings. In an interview within the film, human rights activist Maya Garner demands that European countries redouble their efforts to tackle the horrific human trafficking phenomenon in the UAE and press Abu Dhabi to stop turning a blind eye to the suffering of the victims.

Emirati dissident reveals terrorism against his family to force him to…