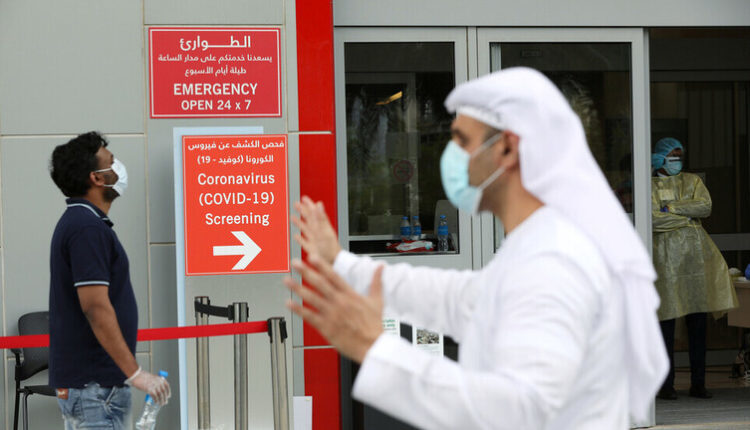 Denmark’s Transport Ministry announced Thursday that it has suspended all passenger flights from the United Arab Emirates for five days after a surge in COVID-19 cases. The decision stems from suspicions that COVID-19 tests taken by passengers before leaving Dubai are not reliable, the ministry said in a statement.

Transport Minister Benny Engelbrecht said passengers coming from Dubai have been diagnosed with fast-spreading variants of COVID-19 and the country will investigate the accuracy of the results of tests carried out in the UAE.

Effective Jan. 9, anyone traveling to Denmark must show proof of a negative coronavirus test no older than 24 hours.

On Wednesday, the Danish government decided to extend a coronavirus lockdown by three weeks until Feb. 7 due to concerns over a new variant of the virus.

Many celebrities in Denmark, including former soccer player Niklas Bendtner, were criticized this month after local media reported that they had travelled to Dubai for a vacation despite the government’s recommendation to avoid travelling abroad to limit the spread of the Coronavirus.

“All commercial flights from the UAE have been cancelled to ensure that the required negative test is a real examination being done correctly,” Danish Transport Minister Benny Engelbrecht said in a statement.

He explained that the Danish authorities doubt the validity of the tests obtained in Dubai and want to make sure that the examination is not wrong and that it is impossible to buy fake tests.

While other tourist destinations impose severe restrictions to control the health crisis, Dubai is keeping its doors wide open to tourists.

This step expressed a government failure to deal with the pandemic’s growing cases and a preference for economic considerations.

The UAE regime decided to open the country’s doors wide for visitors despite the new Coronavirus’s continuing pandemic.

The regime was betting that vaccines’ introduction meant that they would control cases while giving the economy a boost.

The Our World in Data research program of the University of Oxford indicates that new UAE cases have tripled over the past month.

The UAE avoided imposing total lockdown again, while some countries in Europe and other regions are subject to strict restrictions for the second or third time.

Dubai said it had banned live entertainment, but cafes and bars could remain open. It also postponed unnecessary surgeries.

The stakes are high for the Emirates. Its capital, Abu Dhabi, has an enormous safety net from oil wealth to help its economy cope with emergencies.

As for Dubai’s economy, the commercial centre, with its crowded airports, high office buildings and hotels, has been severely damaged by the Corona restrictions imposed worldwide.

Amir Khan, an economist at Samba Financial Group operating out of Dubai, believes that the disease’s high prevalence indicates that deregulation may have been broader and faster than required, although it helped the economy.

“This rightly raises questions about the near-term sustainability of the recovery that the Emirati economy is beginning to witness and its ability to remain immune as it faces a second wave spreading globally,” Khan said.

The UAE relies in no small extent on a vaccine developed by the Chinese company Sinopharm.

This vaccine has not been approved in many countries due to the lack of detailed data on the trials conducted.

The authorities do not force the population to receive the vaccine, but they are strongly encouraged to do so.

And regions in the UAE quickly reopened their doors even before distributing the vaccines to stop the disease.

Since July, visitors have been able to travel to Dubai, and from December to Abu Dhabi.

Once restrictions eased, customers queued again to wait for tables in restaurants in Dubai to be empty.

Hotels announced that occupancy in December was 71 per cent, just 10 per cent less than last year.

And major shopping malls are full of customers, but they are obligated to wear masks.

The revival of the tourism sector gave a boost to the local stock markets.

The UAE does not disclose detailed data on the number of COVID-19 injuries and deaths in each emirate.

Therefore, it is difficult to judge whether Dubai, which was the first to ease the country’s restrictions, has been hit more than other Emirates by the recent surge in infections.

But other countries are watching the changing situation in the country.

Britain has cancelled the safe travel corridor it had opened with the UAE in November, which had exempted travellers from the Gulf state from quarantine upon arrival.