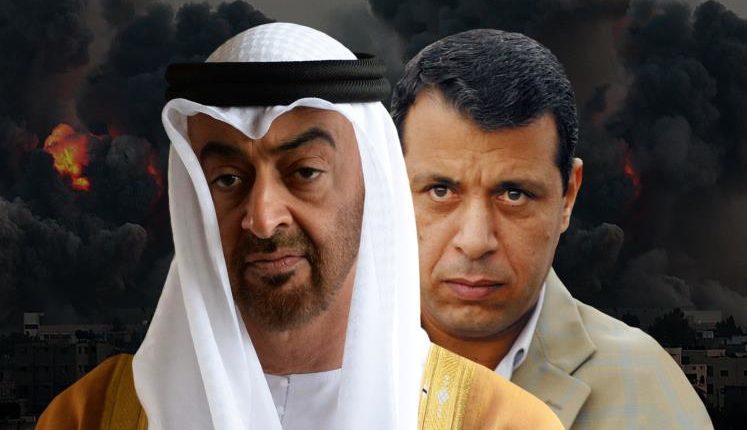 The UAE launched pro-government media outlets to promote Dahlan to enhance his chances in the recently announced Palestinian elections.

Dahlan has a suspicious background, whom Fatah dismissed and accused of theft and involvement in a murder.

Since his expulsion from the West Bank in 2011, Dahlan resides in the UAE and works as a consultant for suspicious services to Bin Zayed.

The Emirati “AlArab” newspaper published from London published a report claiming to warn that the Palestinian legislative and presidential elections would lead to the reproduction of the “legitimacy” of the current fait accompli.

The newspaper claimed that President Mahmoud Abbas and Hamas’s continued duality in controlling official Palestinian institutions would mean the continuation of the separation between Gaza and the West Bank.

She added that a wide circle of Palestinians is betting on the rise of Dahlan’s “reformist movement” to break this duality.

The newspaper even promoted that the Dahlan Movement has a strong and influential presence in Gaza and the West Bank.

Last Friday, Abbas decided to hold legislative and presidential elections on May 22 and July 31, respectively.

The UAE’s arms have been promoting Dahlan as president of the Palestinians on every occasion as part of its attempts to gain influence in the Palestinian file.

Last October, a report published by the American magazine Foreign Policy highlighted Muhammad Dahlan’s role as a hidden cunning of the Emirati regime to establish agreements declaring normalization with Israel.

The magazine said that Dahlan engineered agreements declaring normalization between Abu Dhabi and Tel Aviv in response to the rulers’ desire to strengthen their regional influence.

The report indicated that Dahlan appeared to be a man chased by disgrace in 2011 and a man out of time.

Especially when the Palestinian police searched his house in Ramallah, he fled and sought refuge in Abu Dhabi.

And last September, the US Lobby Log website published an investigation into the UAE’s involvement in preparing Dahlan to implement the Century’s American Deal to liquidate the Palestinian cause.

The website stated that Dahlan has been waiting for several years to impose himself on Palestinian politics with suspicious support from the UAE.