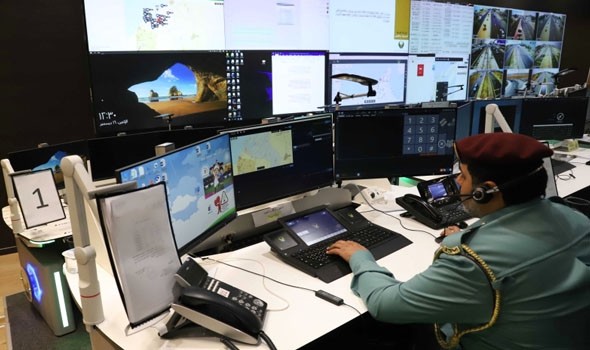 The Emirati regime has resorted to new methods of violating privacy that perpetuate arbitrary repression in the country.

The UAE system announced the implementation of the “electronic monitoring” system, in an attempt to violate the rights of citizens and expatriates by tracking the movements of bloggers and human rights activists, which may contribute to restricting personal freedoms that have nothing to do with security as promoted by the intelligence services in the state.

The idea of ​​the “electronic monitoring” system is summarized in that “those convicted in specific cases install electronic bracelets to monitor them, and they are a built-in electronic transmission device, throughout the period of observation.”

Since last April, the judiciary departments in the state began to implement the judicial rulings issued by placing the convicts under electronic surveillance, while the Ministry of Interior announced its full readiness to implement the rulings, after the lapse of the specified legal period of six months.

The Director of the Judicial Inspection Department at the Ministry of Justice, Judge “Jasim Saif Bouasibh” acknowledged that “by launching the last phase of implementing the national plan for electronic surveillance approved by the Council of Ministers, the UAE has become one of the first countries in the world to implement this system.”

A few days ago, it was revealed that the UAE is using the ToTok app to monitor and spy on people around the world.