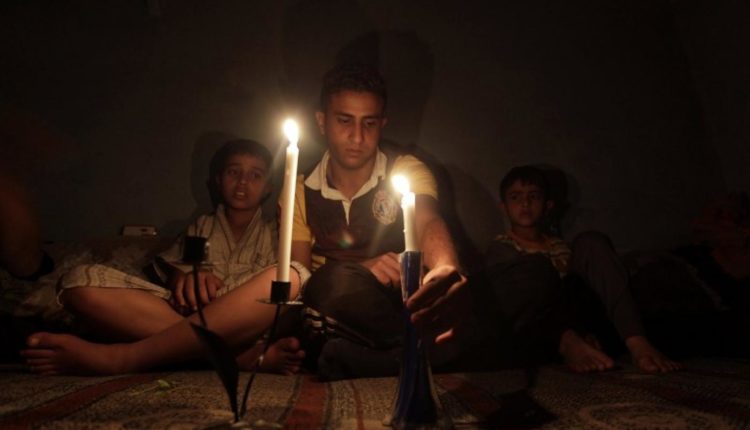 The UAE is besieging Yemenis and depriving them of electrical energy sources at a time when their capabilities, wealth, ports and islands are messed up, causing an increase in their suffering from power cuts.

Most Yemeni cities and governorates live in tragic conditions as a result of the oil derivatives crisis, fuel shortage and high prices, which have negatively affected the level of electricity generation.

Since the beginning of the ongoing conflict in Yemen, government electricity service has been interrupted in most Yemeni governorates. The percentage of citizens who do not have access to public electricity is 70% of the total population.

The electricity crisis has intensified dramatically since the beginning of this month in Aden, the supposed temporary capital of the Yemeni government that has been under the administration and control of the UAE-backed Southern Transitional since last April, as their control was completed with the appointment of Ahmed Lamlas, governor of Aden, who is a member of the Southern Transitional Council, within the framework of the understandings of the Riyadh Agreement As the city plunges into darkness for most of the day, after all the diesel for operating the public electrical stations is exhausted.

According to informed sources, this visit aimed at finding a way out of the impasse in which the UAE has placed the Yemenis, especially in the southern regions of Yemen.

During its absolute control over Aden and the southern governorates, the UAE decided to define a list of goods that are prohibited from importing, including solar panels and withdraw what was available in the market, as these panels played a major role in solving part of the electric energy problem in the northern governorates of Yemen.

The other provinces wanted to follow suit, but their collision with the UAE and its futile decisions in Yemen prevented that.

In the UAE, the meeting, which discussed ways of cooperating to establish solar energy stations, did not yield any results, according to well-informed local sources in the governorate. According to the sources, who declined to be named, “the meeting was disappointing.”

The sources emphasized that the UAE is besieging the Yemenis and depriving them of electrical energy sources at a time when it messes with their capabilities, wealth, ports, and islands, as Abu Dhabi contented with sending the Egyptian expert Muhammad Al-Haddad, Chairman of the Board of Directors of the Arab Society for the Development of Maritime Trade, who attended the governor’s first meeting with the governorate’s agents and local authority leaders after his arrival to Mukalla is the capital of the province.

Great discontent prevails in the southern governorates, which have been plunging in darkness for days and are witnessing a grinding crisis in electricity since the beginning of the war, which has been afflicted by crises from every direction, including a significant decrease in water supplies and continuous record rises in food commodity prices in light of a record collapse of the currency and exceeded 800 riyals in exchange for One dollar.

Citizen Osama Abdel-Baqi, a resident of Aden, says that the situation is no longer tolerable at all, with the expansion of living and service disasters, most of which are no longer available.

He added that electricity is one of the most important services that people suffer from continuous interruptions because its effects are strongly evident in living life and the various services and jobs associated with its availability.

The former adviser to the Yemeni Ministry of Electricity and Energy, Mansour Al-Ezzani, explains that Yemen suffers from a chronic, acute shortage of electrical energy before the war, while the country’s need reaches more than 1,200 megawatts, of which only 750 megawatts were available, most of which were produced by the Marib gas station at about 450 megawatts, which stopped working beginning of the war.

He continues that electricity is one of the most common crises and problems that Yemeni families suffer from, and has significantly contributed to the deterioration of their living conditions. At the same time, electric power has emerged as a card used by the warring parties in their current conflict, especially the coalition of “Saudi Arabia and the Emirates”.

The northern and western regions in Yemen suffer from the recurrence of the oil derivatives crisis, and the owners of private electricity generators have paid them from time to time to raise the current electric prices to amounts that sometimes exceed 400 riyals per kilowatt, in addition to the weekly subscription fees.