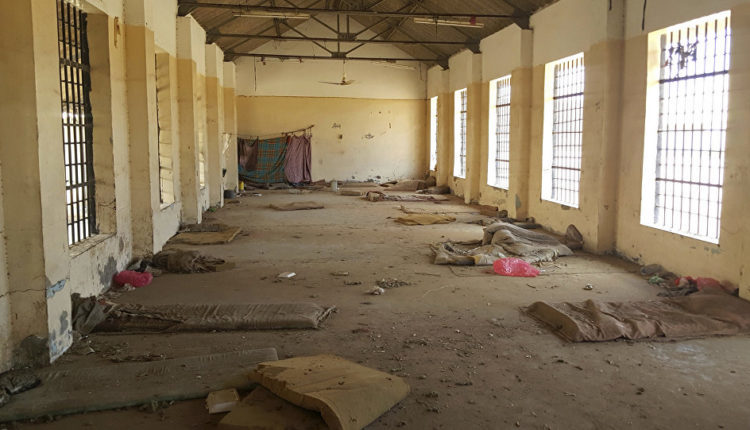 Al-Qaidi said on Twitter that jailors in prisons run by the Emirati authorities in Yemen take turns torturing prisoners.

He explained that jailors take guesses every day of who of the prisoner will stay steadfast and who will cry out first.

Testimonies of prisoners held in a Yemeni prison run by the UAE have indicated that they were exposed to horrific and systematic torture that is carried out according to a specific timetable, in addition to using sexual violence as an essential tool to impose punishment on prisoners to extract “confessions”.

According to testimonies gathered by the Associated Press, those who carry out torture operations follow a specific schedule: beating on Saturdays, torture on Sundays, on Mondays they take a break. On the other three days, the same schedule is repeated. Fridays are the days for solitary confinement.

A Yemeni prisoner, detained without charges, leaked forms of torture and sexual assault through drawings on plastic plates to the Associated Press from Bir Ahmed prison in the city of Aden in the south of the country. His drawings provide a bleak glimpse of a hidden world of flagrant human rights violations committed by Emirati officers without accountability or punishment.

The prisoner and six other detainees told the Associated Press that sexual violence is the primary tool for imposing penalties on detainees for extracting “confessions”. The drawings, on plastic panels show a naked man suspended from his shackles while subjected to electric shocks. Another shows a man on the ground surrounded by dogs roaring as several people kicked him.

“The worst thing about it is that I wish for death every day and I can’t find it,” said the prisoner, summarizing about two years of detention that began last year after speaking out against the Emiratis publicly.

Last June, the Associated Press investigation revealed secret prisons in the United Arab Emirates, and since then the agency has identified at least five prisons in which security forces use sexual torture to repress and subject prisoners.

The news Agency said that during the three-year-old Yemeni war, Emirati forces claiming to be fighting on behalf of the Yemeni government seized large areas of land in southern Yemen and arrested hundreds of men and detained them in a network of at least 18 secret prisons under the pretext of being members of Al-Qaida organization. However, prisoners were held without charges or trials.

Witnesses said that guards, working under the supervision of Emirati officers, use several methods of torture and sexual humiliation. They said that officers raped detainees while others were filming them. Other prisoners were sexually abused by sexually assaulting them with wooden and metal parts, said a 45-year-old man who arrested more than two years and spoke, like other detainees, on condition of anonymity for fear of reprisal.

A former security official, who was involved in torture to extract confessions, said that rape is used as a means of forcing detainees to cooperate with Emiratis in espionage. In some cases, they rape and photograph the detainee, and use the video to force him to work with them, he added.

US officials confirmed last year that the United States had interrogated some detainees in secret prisons run by the UAE in Yemen. The US Department of Defense has stressed that it is not aware of human rights violations, although obtaining intelligence information through torture is a violation of international law.

Of the five prisons where the Associated Press found sexual torture, four are in Aden, according to three Yemeni security and military officials who spoke to the AP on condition of anonymity for fear of retaliation.

“In prisons they commit the most brutal crimes,” said a senior Yemeni commander in Riyadh, in reference to the Emiratis.

The commander, who spoke on condition of anonymity for fear of reprisal, added: “Joining ISIS and Al Qaeda has become a means of revenge for all sexual violations men suffered. Prisons make ISIS.”