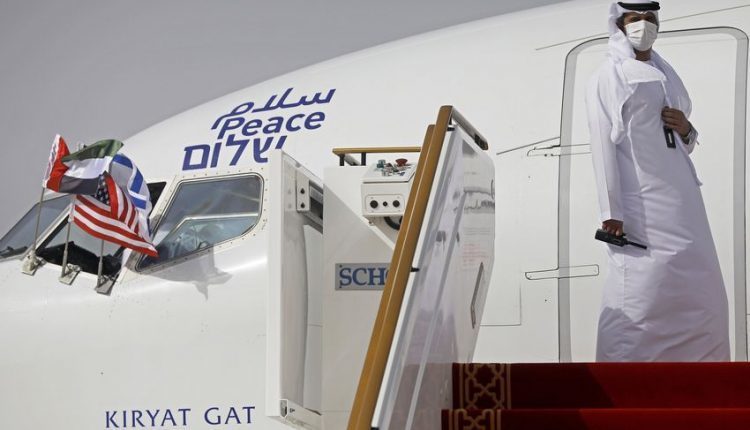 Reports revealed that the UAE system had financed flights tickets for Israelis to visit Abu Dhabi and Dubai.

Wizz Air Abu Dhabi Airline announced the sale of tickets for its flights from Abu Dhabi to Tel Aviv for only $15.

It is the lowest price so far, thanks to the UAE system’s support to cover the travel costs of Israelis.

The Hebrew newspaper Israel Today reported that the airline company had opened a base at Abu Dhabi International Airport.

It is noteworthy that the company is a joint venture between Wizz Air the Hungarian low-cost aviation and Abu Dhabi Developmental Holding.

It noted that the return-trip air ticket starts at 49 shekels ($15).

As a result, thousands of Israelis began making the reservation process due to the low ticket price.

Emirati media revealed that the Emirates Post Group had expanded its international operations to include Israel, following the normalization agreement.

The group stated that its operations in the Israeli market would start in partnership with its counterparts, Israel Post.

She indicated that the annexation of Israel by Abu Dhabi comes to reach cities and destinations throughout the country.

She explained that this comes to provide a reliable channel for the new market, in light of the Corona pandemic.

An American magazine had said that what is happening between the UAE and Israel confirms that they are more than two allies.

Foreign Policy magazine reviewed the relations between Abu Dhabi and Tel Aviv before the normalization agreement.

Last September, the United Arab Emirates and Israel signed the normalization agreement, which is considered a stab in the Palestinians’ back.

The article came in the American magazine under the title “Israel and the UAE are the Middle East’s new best friends.”

The magazine mentioned that the rapprochement between Abu Dhabi and Tel Aviv after signing the normalization agreement strengthened the first Israeli partnership in the region.

It drew attention to what it described as “incredible” scenes in the UAE since September 2020.

It noted that tens of thousands of Israelis flocked to shopping centres and beaches in Abu Dhabi and Dubai.

Emirati citizens took selfies in occupied Jerusalem, during their visit to Israel.