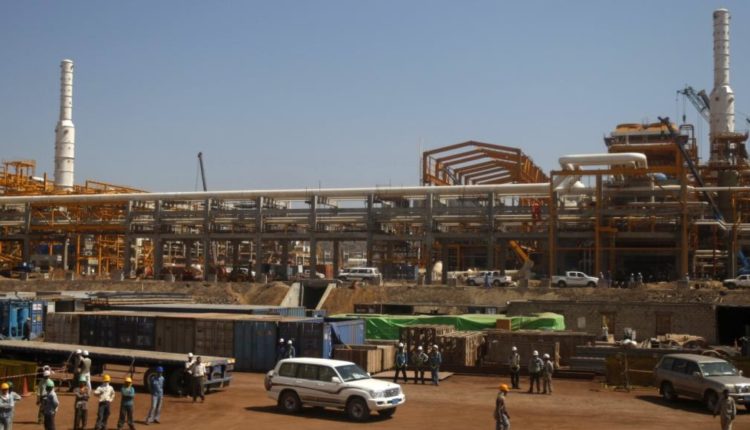 Investigation in the French Parliament regarding the “Emirati Guantanamo” in Yemen

The French Parliament is investigating a case involving the French company Total, by converting one of its facilities in the Shabwa governorate, southeastern Yemen, into a secret prison of the United Arab Emirates in which it practiced various forms of torture.

French sources said that since the beginning of last week, the parliament has been discussing the issue of the involvement of the French giant Total in converting its facility in Shabwa into a detention facility, which some members of Parliament described as an “Emirati Guantanamo”.

The French Member of Parliament, Clementine Oettin, expressed her surprise at the denial of the French Ministry of Defense, her knowledge of the prison, which was established by the UAE authorities at the “Total” gas facility.

Eutin raised the issue previously revealed by Le Monde newspaper, and said in her intervention that three NGOs issued a report based on multiple testimonies and sources confirming the existence of a solitary prison and a torture center inside the complex for liquefying gas in the Balhaf region in southern Yemen.

In her intervention recorded on video and posted on her Twitter page, recorded by the video, the deputy asked about the role entrusted to France in the site that has become a prison as a partner in its capital by 39%, and about the position of the country that sells weapons to the UAE.

Eutin likened the order to the US-run Guantanamo prison on Cuban soil, denouncing these continuous practices since 2016 on Yemen soil, and stressed the need for the French authorities to assume responsibility for the prison by interrogating Total.

She asked Eutin, the French defense minister, about the transformation of the oil facility into a prison for torture and of random arrests, but she was surprised that the minister was less familiar with the matter than readers of Le Monde newspaper, as she put it.

Le Monde asked, when publishing the report, whether the company is really unaware of the existence of this prison within the scope of its investments, as there are still Yemeni employees working on the maintenance of industrial facilities.

The newspaper said that Total and the French state that supported its industrial project in Yemen cannot ignore the fact that a number of Shabwa residents talked about arbitrary arrests and detentions in the province, pointing fingers at the “Balhaf” area where the most prominent military base is located.

Total contributes 39.6% to the complex for liquefying gas in the Balhaf region in southern Yemen, and the cost of its construction is estimated at about 4.3 billion euros, and it is managed by the local Yemeni company for liquefied natural gas operated by Total.

The newspaper “Le Monde” was able to obtain identical certificates for a former prisoner and the family of another detainee who confirmed that the prison included detainees until the middle of this year.

The newspaper said that it obtained its information from testimonies collected by Amnesty International, as well as a group of international experts on Yemeni affairs, in addition to non-governmental organizations and Yemeni activists who confirmed the existence of this prison located inside a military base established by the Emirates in the same place.

According to testimonies, the newspaper said that cases of disappearance of people suspected of belonging to al-Qaeda or the Islah party had been recorded, and that some of them appeared to have been victims of settling accounts and were subjected to arbitrary arrests. Witnesses said that they were subjected to severe torture in prison.

The newspaper asked whether the Total complex “is really unaware of the existence of this prison within the scope of its work and investments, where there are still Yemeni employees working on the maintenance of industrial facilities?”.

As for Total, the complex did not deny or confirm the existence of an Emirati prison inside the Balhaf facility, and an official at the local Yemeni LNG company run by Total said that they “do not interfere with what the soldiers are doing there.”

The French compound also said that it did not have the means to object to the military presence inside the facility or to call in a military force to be present at that place.

An official in the Saudi-Emirati coalition confirmed to the newspaper the existence of what he called a “temporary holding cell”, knowing that the UAE set up a military base and a prison inside the gas complex in mid-2017.

The International Associated Press has also previously revealed in a special investigation that there is a secret prison network in Yemen run by the UAE, in which detainees are subjected to various forms of torture.

The agency reported that it had documented and verified incidents of the disappearance of hundreds of people in these secret prisons after arbitrary arrest in pursuit of al-Qaeda members, and that these prisons were witnessing brutal torture cases amounting to a “barbecue” of a prisoner on fire.