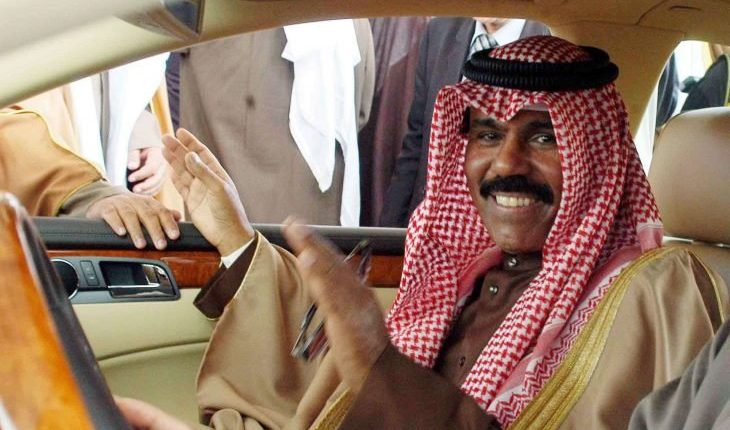 The Wall Street Journal said that the U.A.E. is to press the new Emir of Kuwait, Nawaf Al-Ahmad Al-Jaber Al-Sabah, to normalize ties with Israel.

The Journal published a report in which it stated that Kuwait would face pressure to normalize its relations with Israel, after the death of its Emir Sheikh Sabah Al-Ahmad Al-Jaber Al-Sabah.

The newspaper mentioned that the emirate of Kuwait has for decades walked a neutral path in many intractable conflicts in the Middle East. Still, the death of Prince Sabah puts his successor, Nawaf Al-Ahmad Al-Sabah, in front of a dilemma related to normalization with Israel without achieving a state for the Palestinians or not?

Sheikh Sabah al-Ahmad, who died on Tuesday, was a veteran diplomat who clung to his support for the Palestinians even after the support of Arab countries waned. The recent normalization agreements brokered by the United States between the U.A.E. and Bahrain with Israel have put pressure on many Arab countries, including Kuwait.

Trump announced after his meeting at the White House with Al-Sabah’s eldest son, the former defence minister and a strong candidate to be the crown prince that Kuwait would be the next country for normalization.

A week after Trump’s statements, the Kuwaiti Prime Minister stressed in a speech before the United Nations that peace with the Palestinians preceded the Arab world’s normalization of its relations with Israel.

Unlike most of its neighbours, Kuwait must balance pressure from the U.S., its top security guarantor, against the peaceable ties it maintains with neighbouring Iran as well as the pro-Palestinian popular opinion that is amplified by a local media and parliament that are both among the region’s most powerful.

On Tuesday, the Kuwaiti parliament approved the succession of Sheikh Nawaf Al-Ahmad Al-Jaber Al-Sabah as the new Emir of Kuwait. It declared public mourning for 40 days. A prominent Kuwaiti Emir expected that Saudi Arabia and the U.A.E. would pressure Kuwait to follow their line in the issues of the region in which the late Emir was committed to neutrality.

However, he said that the new Emir was related to the major decisions made by the late Emir, and he is not a caller to normalization with Israel. He said that Kuwait wants a neutral position and “we will not support or praise what is happening, but we will not criticize it either.”

The new Emir will immediately begin discussions to appoint officials to high-profile positions in addition to appointing a new crown prince. This process could take weeks or even months. The choice of a crown prince is of great importance, especially since the new prince is 83 years old and suffers from health problems.

According to a 2008 WikiLeaks cable, Sheikh Sabah had entrusted his son, who was then head of the Royal Court, with “maintaining a discreet and confidential liaison relationship with a dual national Israeli representative based elsewhere in the Gulf.”

Such secretive contacts between Arab states and Israel have proliferated, but only recently began evolving into normalisation. Following the U.A.E. and Bahrain, Sudan has publicly contemplated normal ties. Saudi Arabia is unlikely to follow soon, given tensions atop the ruling family there, but could push other countries where it has the influence to do so.

While neighbours might poke and push Kuwait to see what they can come up with, “we’re not a country that shifts overnight,” said Bader al-Saif, assistant professor of history at Kuwait University. “It just doesn’t work like that. There’s a process.”

Given strong public opinion against normalisation, he added, “No incoming ruler will shoot himself in the foot by doing this.”
The senior royal said such a step would require shutting down public discourse completely and thus isn’t feasible.

The prominent prince said that moving towards normalization means closing the door to public debate, and this is not practical. The priorities of the new Emir, after choosing the crown prince, will be the parliamentary elections scheduled for the end of this year, and focus on local priorities such as combating corruption and reviving the economy, which is suffering due to public debt, low oil prices, and the spread of the Corona virus.

Sheikh Sabah Al-Ahmad tried to strengthen his approach to foreign policy and mediated without success to resolve the Qatar blockade. He nurtured a diplomatic cadre of princes and technocrats.

The risk is that the new Emir will succumb to Saudi and Emirati pressure and increase tension with Iran. Yoel Guzanxi, the former director of the Gulf Unity at the Israeli National Security Council, says that the normalization of Kuwait, which is one of the most potent Gulf states in support of the Palestinians, will enhance the region’s acceptance of the Jewish state.

However, because of the loss of its privileged position compared to the Emirates and Saudi Arabia, it will not be a priority for the Jewish state. He said, “I do not expect this to happen,” and “(normalization) will be suicide from an internal perspective.”