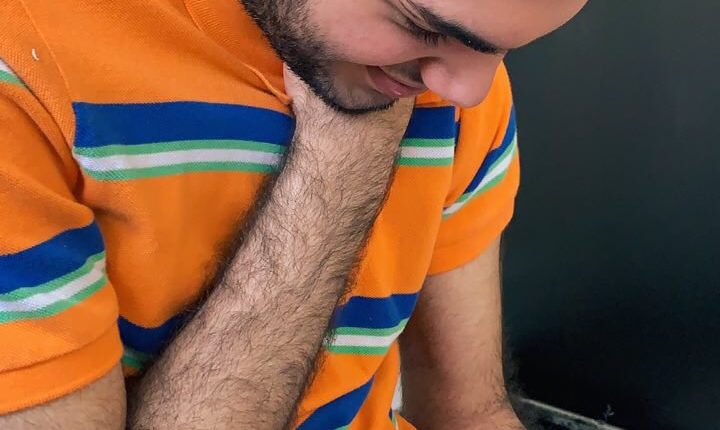 Amid demands to release prisoner Abdussalam Darwish and end injustice imposed on him and his release, his son’s touching message received wide solidarity.

We are Registering, international rights NGO, published a voice message of the autistic young man Salman, to his father in which he says: “Dad… I love you.”

Darwish is about to complete his eighth year in prison, amid wide human rights solidarity with him in light of the injustice and violations of his most basic rights.

Darwish is one of the most prominent figures in the UAE. He founded the idea of family reform in the courts of the Emirate of Dubai, and was arrested for signing a statement calling for reform in the country.

Darwish has been in detention since July 24, 2012, and is being held in Al-Razin Prison after a ten year prison sentence for belonging to the call for reform.

Darwish is subjected to psychological and physical violations inside Al-Razeen Prison. For eight months after his detention, he was forcibly disappeared in solitary confinement, banned from congregational prayer, and medical treatment, where he lost weight as a result.

Darwish is a detainee in the case known as the “94” or the “Call for Reform”. 94 Emirati intellectuals, academics and activists were tried in 2012 for signing a national petition on March 3, 2011 demanding the improving the Federal National Council and the independence of the judiciary.

However, the UAE authorities brought them to court on charge of seeking to “overthrow the ruling regime.” Although it failed to substantiate these charges, the court sentenced most of them to ten years in prison. The trial was described by Amnesty International as an “unfair and politically motivated.”

Darwish wife praised on Tweeter the characteristics of her husband and his morals with his parents, wife, and children. She hailed his role as an employee, anchor, Ma’adoun, neighbor, volunteer, orator, and teacher.

Darwish appeared on 12 July 2013, in a mock trial was organized for him. He was charged with “belonging to a secret terrorist organization in the country to overthrow the regime.” The UAE mock court sentenced him to ten years in prison, in addition to up to three years under surveillance.

“Denying detainees freedom for years past their completed sentences demonstrates brazen contempt of the rule of law,” said Michael Page, deputy Middle East director at Human Rights Watch. “These men all have lives and families to go back to and should not face the cruel and unlawful prospect of indefinite detention.”

Darwish is the head of the Family Reform Center in Dubai courts, and he was the founder of the idea of establishing it, similar to the centers in Kuwait.

The social center established by Darwish was very successful, as the divorce rate in Dubai decreased from 42% to 21%. Which made a number of Arab countries seek to transfer this distinguished experience to it, and request the assistance of it in this field.

According to human rights organizations, the number of political detainees in Emirati prisons reached 106, including two women (Amina Al-Abdouli and Maryam Al-Balushi).

human rights organizations denounced in a joint statement the Emirati security personnel assault over the past days against prisoners of conscience, especially Ahmed Mansour, who has been on an open hunger strike for days to protest against his detention conditions.

More than 140 human rights organizations around the world have called on the UAE authorities to immediately release Mansoor.

Normalisation has included the deliberate humiliation of the UAE