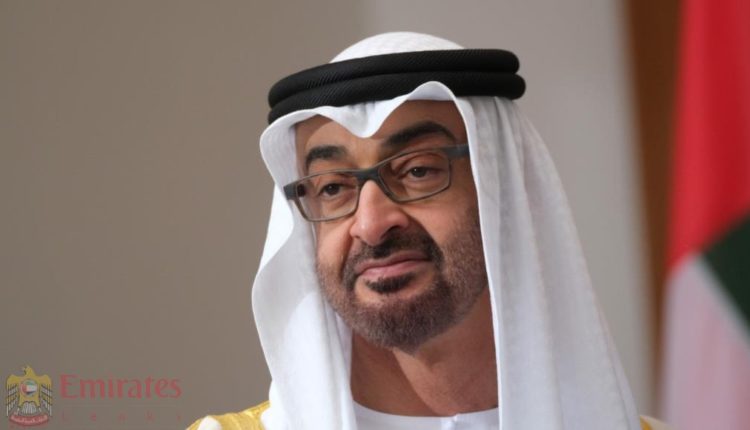 Crown Prince of Abu Dhabi, the de facto ruler of the United Arab Emirates, Mohammed bin Zayed, broke the Arab ban imposed on Syrian President Bashar Al-Assad by making a phone call with him for allegedly discussing the emergence of the new Coronavirus.

The official Emirati News Agency (WAM) stated that Bin Zayed made a phone call to “His Excellency Bashar Al Assad, President of the sisterly Syrian Arab Republic” and discussed with him the developments and repercussions of the new Coronavirus in the region and the world, and the precautionary measures and measures taken in both countries to address this pandemic and the possibility of helping and supporting Syria in this regard, to ensure that the pandemic is overcome and its people protected.

According to the agency, Bin Zayed stressed, “the need for countries to rise above political issues in these exceptional circumstances and overcome the humanitarian side in light of the common challenge that we all face.” He stressed that Syria will not be alone in these delicate and critical circumstances.

The agency quoted Assad as welcoming the initiative of bin Zayed and praising the “humanitarian position of the United Arab Emirates in light of what the region and the world are witnessing from this new challenge, and affirming his welcome to this cooperation during this circumstance.”

The UAE has always tried to promote what it said was “humanitarian” aid it provided in Syria to cover up its criminal role in it and support its escalation of the war in the country for many years.

The Emirates News Agency previously said that the value of the assistance provided by the state “in response to the Syrian crisis” and those affected by it during the period from 2012 to January 2019 amounted to 3.59 billion dirhams (976.4 million dollars).

Observers believe that this is an account statement that Abu Dhabi seeks to absolve itself before the Assad regime from providing any military support to the Syrian factions when it only announces that it has provided humanitarian or charitable aid, and this contradicts the reality and the facts according to Syrian activists, who consider that Riyadh and Abu Dhabi in addition to Iran and Hezbollah were the reason in the revolution was diverted from its path and going to the path of sectarianism that destroyed their country.

At the beginning of last year, Abu Dhabi restored diplomatic, security and economic relations with the Assad regime and received a delegation of Syrian businessmen.

Last January, an appreciation of an American position highlighted the suspicious role of the UAE in increasing the external legitimacy of the Syrian regime, despite its horrific crimes committed against its people and after years of Arab and international estrangement from Damascus.

On December 2, a series of public statements from Emirati and Syrian officials affiliated with the Bashar al-Assad government sparked widespread interest in the UAE’s rapprochement with Syria.

In a video released by “Russia Today”, the Chargé d’Affairs of the United Arab Emirates, Abdul Hakim Al-Nuaimi, praised what he described as the “wise leadership” of Syrian President Bashar Al-Assad and praised the Syrian-Emirati relations as “solid and distinguished.”

At the time, the Syrian Deputy Foreign Minister, Fayssal Mekdad, responded enthusiastically to Al-Nuaimi’s comments, praising the UAE for standing by the Syrian government in its war against terrorism.