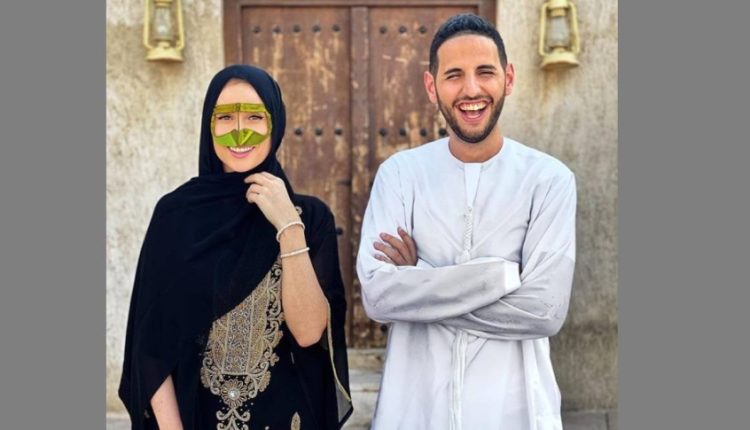 The Boycott, Divestment and Sanctions (BDS) movement has called for a boycott of Palestinian-Israeli blogger Nas Daily and his search for 80 new Arab content creators, claiming that the influencer’s training programme is a cover for normalisation with Israel.

Nuseir Yassin, better known by his Facebook name Nas Daily, has amassed nearly eight million followers on Facebook, over two million on Instagram and 1.6 million on YouTube since he started creating one-minute video clips in 2016.

Last month, he launched The Next Nas Daily, a paid opportunity for 80 Arabic language content creators to take part in a six-month training programme run by the Nas Academy, which offers classroom and online courses teaching skills such as shooting video, editing and storytelling.

“We want to make the Middle East more accessible and understood by the world and we need YOU to make that happen,” the website states.

On Monday, the BDS movement posted a statement calling on “content creators and influencers in the Arab region to boycott the upcoming Nas Daily programme, which aims to implicate them in normalising relations with Israel and cover up its crime”.

The statement drew attention to the Nas Academy’s head of training, Yonatan Belik.

Belik has served in the Israeli army, including in a public relations role motivating Israelis in high school to serve in the military. He was also involved in dialogue and co-existence activities, including competing in an Australian football “Peace Team” which consisted of Israeli and Palestinian players.

It also drew attention to Nas Daily founder Yassin himself, who has been frequently accused of whitewashing the Israeli occupation in his videos, and presenting equal sides to the Middle East conflict.

In a one-minute explanation of the creation of Israel in 1948, he said: “Some Palestinians left, some got killed and some stayed in their land. My people stayed.”

He went on to explain that he had chosen to accept the borders of Israel and Palestine and “move on”, because “in life there are better and bigger things to focus on than the name of a piece of land”.

In a separate video, posted a day after 58 Palestinian protesters were killed by Israeli forces in Gaza, Yassin stated: “If you stand with one side and one side only, you are wrong, because it’s not black or white.”

“Israel has gone too far with its force. But to pretend that one side is fully responsible for this is inaccurate,” he wrote in the caption of the video.

“I can name a hundred things we as Palestinians (and Arabs like in Egypt and Jordan) did wrong in the past 70 years, and the same goes to Israel. Once you realise every side is to blame, you really can’t take sides.”

“This support by the Emirati authoritarian regime constitutes an explicit complicity in the Israeli efforts to invade the minds of our peoples and polish the crimes of the Israeli colonial settler and apartheid regime, as well as the marketing of the shameful agreement that the regime concluded with the occupation,” it said.

Last month, Israel and the UAE normalised diplomatic relations in a deal that has been widely condemned by Palestinians, who say it violates a longstanding pan-Arab position that relations with Israel would only be normalised in exchange for a Palestinian state.

A link to the UAE’s New Media Academy’s website features on the homepage of the Next Nas Daily, although the nature of the support for the programme was not clear.

The Dubai-based academy runs courses itself, including the Youth Youtuber Programme and the Open Content Creator Programme. Both are carried out by the Nas Academy, and the trainers include Belik, among others.

In addition, Yassin is listed as an expert speaker in two other courses run by the Emirati institution.

Several of his most recent videos have promoted the UAE, including one which praised the country as the safest destination to visit during the coronavirus pandemic.

According to Expat Media, Nas Daily is looking to hire a team of 10 people in the UAE and Middle East, including the CEO of an Arab version of Nas News, to be based in Dubai.

Middle East Eye contacted Nas Daily about the boycott calls and the nature of its relationship with the New Media Academy. It had not received a reply at the time of publication.