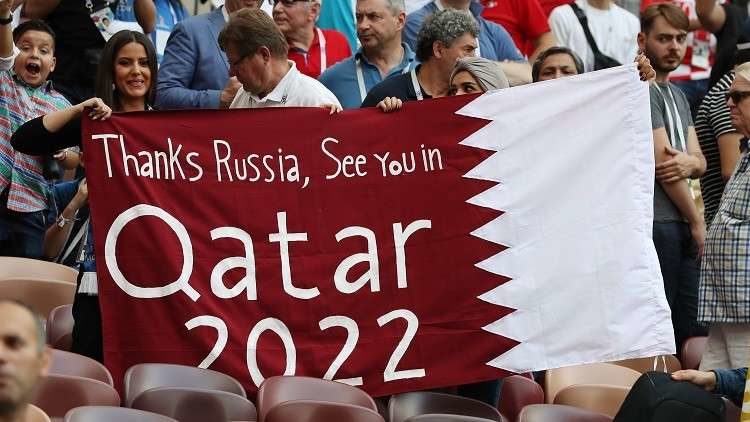 New Scandal for the UAE in Britain

A new scandal has swept the United Arab Emirates after it tried to bribe two of England’s top football stars for doubtful goals.

The Times revealed the UAE’s attempt to bribe two English stars in exchange for distorting the image of Qatar and criticizing the 2022 World Cup being host by Qatar as part of a global “propaganda” against Qatar launched by the UAE and Saudi Arabia.

Former British players Sol Campbell and Stan Coliemor received financial offers from Qatar’s Khaled Al-Hill, who claimed to be a political opponent of Qatar and moved to London to play the role assigned to them.

In details, a major conference was to be held in London and will be directed against Qatar and its hosting to the World Cup in 2022, and will be criticized for the integrity of the vote for the hosting file in the elections won by Qatar in 2010, and received the honor of hosting the big ball.

The British newspaper said in its report that the money that would have been paid to Campbell and Coliemor was anonymous, but indicated that Khalid Al Hill received financial support from the UAE. Western reports have revealed the role played by Hill as the sponsor of the UAE in the propaganda of defaming Qatar before the World Cup.

The case was not limited to speculation or press reports, but it came to publishing documented confessions from the Times that revealed financial temptations for the two stars. Starting from Englishman Sol Campbell, who confirmed that he had received promises of a special football show in the UAE if he participated in the conference.

The second Englishman, Stan Collymore, who works as a radio and television presenter, said he had received many offers to present the conference, but revealed to the British Times that he had been very elusive and that their goal was ostensibly an anti-Qatar story.

David Wheeler, director of Spinwatch, an organization investigating how public relations companies deal with governments and creating propaganda to mislead public opinion and undermine democracy, told the British newspaper that “lobbies and groups in the UAE have tried to use football stars as part of its war on Qatar.”

However, the lobby failed. The conference was held last May without the presence of English stars Sol Campbell and Stan Coliemore. Former Manchester United striker Luis Saha was also present at the conference.

The organization said that two former international players in the English team received a financial offer from the UAE to play roles critical of the World Cup to be held in Qatar in 2022, as part of the propaganda war.

Sol Campbell and Stan Coliemore confirmed they were paid for a conference in London and was set to criticize Qatar for hosting the international match.