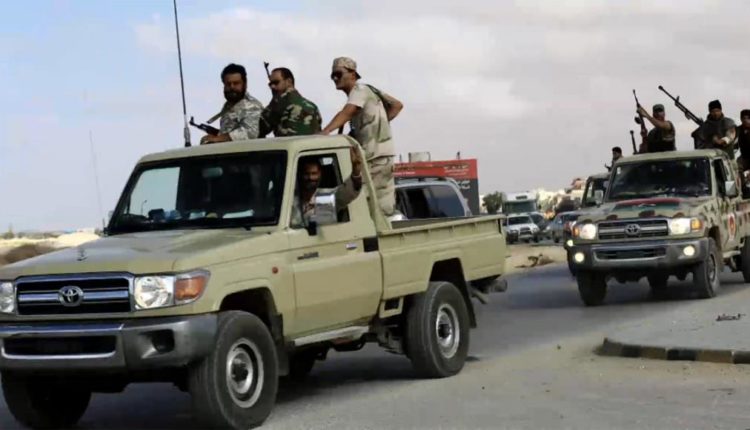 The United Arab Emirates, provided Libyan Major General Khalifa Haftar, with new aircraft and weapons, to confront the legitimate government in Libya, and to continue to wreak havoc and destruction similar to its war against the Republic of Yemen.

A high-ranking source in the Libyan National Accord government said that the UAE had awarded Haftar warplanes and cargo planes.

The source told Al-Jazeera that the planes that had arrived in the last few days at the Al-Jafra airbase (central Libyan south) controlled by Haftar were carrying weapons and ammunition that were placed in the al-Qaeda warehouses.

He pointed out that the Al-Jafra base has been witnessing major movements for days, in preparation for an air operation that may depart from the coming days.

The official spokesman for the forces of Haftar Ahmad Al-Mismari, spoke Wednesday, of the intention of the Air Force of Haftar to launch an air operation in the coming days under the name of “Operation Ababil”.

Recently, the UAE announced again its support for Haftar, and it previously provided him with great military support that included advanced weapons and mercenaries, but the shipment of new equipment comes after his forces suffered losses, the most important of which was the loss of the cities of the West Coast.

On the other hand, US Deputy Assistant Secretary of State Henry Woster said that his country does not support the attack launched by Haftar forces since April 2019 on Tripoli.

Worcester – in a conference call yesterday – added that the attack on the capital is diverting resources away from what is a priority for Washington, which is fighting terrorism.

He expected that the battlefield in Libya would witness more complication.

A secret United Nations report indicated that Haftar used Syrian fighters, in addition to the deployment of about 1,200 members of the Russian “Wagner” security company, some of whom were fighting on the front lines against the forces of the Government of National Accord in the southern suburbs of Tripoli.

Many would wonder about the UAE’s interference for years in Libya, which it does not share borders with.

Since the 2011 Arab Spring revolutions, when popular protests across the region have called for reforms against traditional authoritarian regimes, the UAE has played a secret but important role in combating such calls.

The UAE offers Haftar as a beneficial partner for the UAE’s ambitions in Libya, and has provided him with military support in direct violation of the United Nations arms embargo, which is recognized by Haftar himself and politicians allied to the Libyan National Army.

The UAE air force has played a critical role in allowing Haftar’s forces to consolidate its control over eastern Libya, along with the recent attacks on Tripoli.

The UAE has also established military bases in the Libyan east, revealing its attempts to secure a foothold in the country, and the UAE has also used mercenaries to fight alongside Haftar’s forces, which provide more diplomatic cover than overt military support.

Sudanese media reported last January that the UAE had recruited Sudanese, by luring them into lucrative security jobs in the Emirates and then sending them to fight in Libya.

In addition to assisting Haftar’s forces, the UAE seeks to place the vast natural resources of Libya under Haftar’s control and use them for its own interests.

On March 16, the Libyan National Oil Corporation, the UAE, was accused of violating international law by exporting fuel to the east of the country, which indicates Abu Dhabi’s desire to make Libya dependent on UAE exports.

Last June, the UAE and Haftar agreed to illegally redirect oil through Emirati oil companies, reinforcing its efforts to eradicate the National Oil Corporation and thus preventing the Government of National Accord’s control of Libya’s resources.

Previously, Abu Dhabi sought to achieve greater influence within the Libyan government, as it supported politicians loyal to it, such as Aref Al-Nayed, the presidential candidate and her former Libyan ambassador.

Although the UAE appears to be helping Haftar to seize Tripoli, its primary goal is to prevent the emergence of an independent, stable, and oil-rich Libyan state. A scenario like this means that Libya will attract greater European and international investment, which will enable it to compete with the UAE and threaten Abu Dhabi’s desires that They become regionally dominant.

That is why the UAE will continue to support Haftar to prolong the divisions in Libya while supporting his control over eastern Libya and its oil fields.