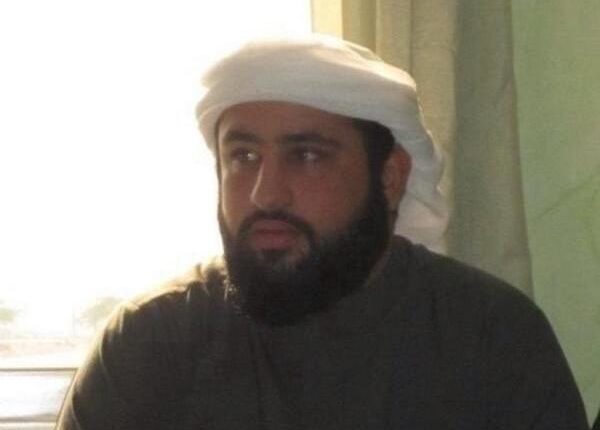 One year after completing his sentence, activist Mansoor Al-Ahmadi remains in detention in the UAE

Prisoner of conscience Mansoor Al-Ahmadi remains in prison in the United Arab Emirates even though he was scheduled for release on October 13, 2019, after serving his full seven-year prison sentence. Authorities claim that he represents a “terrorist threat”, and they placed him in a counseling center at Al-Razeen jail without due reason or any time limit and was even deprived of his right to appeal against the decision under the UAE’s repressive counterterrorism law of 2014 appears to permit indefinite detention.

These articles of the counterterrorism law remain vague and fail to define a terrorist threat clearly, which confirms that this arrest is nothing but a form of arbitrary detention. Mansoor Al-Ahmadi is among 11 other prisoners of conscience who are housed in “counseling centers” in Al-Razin prison after they completed their sentences between 8 months and three years ago.

Mansoor Al-Ahmadi, 35, father of two, is an activist and signatory of the March 2011 petition calling for political reforms. The UAE State Security Service arrested Al-Ahmadi on October 12, 2012 from his home accusing him of belonging to an illegal secret organization. He was subjected to enforced disappearance, torture, ill-treatment, prevented from family visits and contacting his lawyer, and denied fair trial guarantees. On July 2, 2013, the State Security Chamber of the Federal Supreme Court issued a verdict of seven years in prison for Al-Ahmadi in accordance with Federal Law No. 2 of 2003 and the ruling was final and cannot be subject to appeal.

Al-Ahmadi was tortured and ill-treated inside Al-Razeen prison, which is known where he was placed in solitary confinement several times as punishment and left to sleep on the floor despite his deteriorated health conditions.

It is crystal clear that authorities are using counter-terrorism and these so-called counselling centres as a pretext to indefinitely extend the detention of prisoners of conscience.