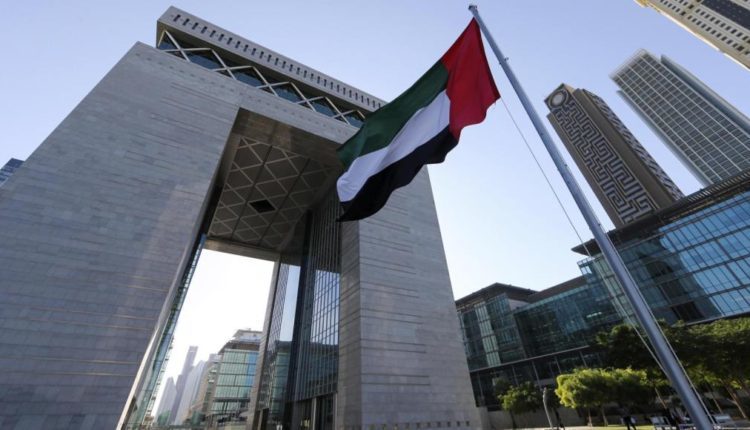 The Emirati regime promotes allegations of tolerance to cover up the unremitting ongoing internal repression of dissidents and opinion activists.

An example of this is the Emirati media celebrating the reunification of two Jewish families. In contrast, Emirati families are punished because one of their members is a human rights activist. The families are separated through prisons, exile, and travel bans.

According to the international Human Rights Watch organization, the Emirates’ state security apparatus has targeted dozens of relatives of detained Emirati activists or dissidents residing abroad.

Human Rights Watch documented the targeting of relatives of eight state opponents. They include dissidents who have moved abroad, and others are currently serving long sentences in the UAE.

Moreover, the government has revoked the nationalities of 19 relatives of two opponents.

Relatives of all eight dissidents faced restrictions on obtaining jobs and pursuing higher education between 2013 and 2019.

“As part of their determination to crush dissent, the UAE authorities have allowed the State Security Agency to use virtually unchecked power to punish the families of activists, whether they are detained or residing abroad.”

“The authorities should stop these revenge attacks that amount to collective punishment,” he added.

In every case, the measures taken against relatives of dissidents appear arbitrary and unjustified.

There is no clear legal basis for these restrictions. None of the targeted relatives could see an official governmental or judicial document authorizing these measures, and they were unable to appeal.

An opponent living abroad said, “Whenever the family tries to find out why the government is denying them a service or suspending an application submitted for an indefinite period, it is answered verbally only.

He added that state security officials regularly question, monitor, and threaten relatives of all eight dissidents residing in the UAE.

He stated that officials harassed relatives, friends and acquaintances of these families for merely staying in touch with them.

“Our relatives and friends boycott us because anyone who comes to our house will be summoned and detailed questions about us and our lives will be asked,” a relative living abroad told a detained opposition.

Another said, “We have become outcasts from society.”

Federal Law Number 2 of 2003, which was later amended by federal decree in 2011, defined the state security apparatus’s functions, objectives, and powers.

The law or amendment is not found in the Official Gazette of the UAE or anywhere else on the Internet despite the UAE’s claiming the opposite in its comment on the United Nations Special Rapporteur report on judges and lawyers’ independence in May 2015 on the UAE.

Human Rights Watch also obtained an unpublished copy of the 2003 law, and it did not receive the 2011 amendment decree.

Under the 2003 law, the UAE’s state security apparatus reports directly to the country’s president.

He may take any measure inside or outside the state to protect the state’s security within the limits of the law and other legislation.

The law allows the agency to undermine any political or organized activity by an individual or association, which would threaten the integrity, security, governance, or national unity of the state, harm the economy, weaken the state, and incite hostility against or undermine confidence in it.

State security officials may also use force to the extent necessary to perform their duties.

It has the power to deny, suspend, or approve access to key rights and government services. Citizens or residents of the UAE cannot appeal a decision made for security reasons.

An activist residing abroad said that “since the beginning of the new millennium, state security has gradually taken control of everything in the country. Everything is under their control, from obtaining commercial licenses to renewing identity documents.”

The most egregious violations are arbitrary arrests, enforced disappearances, and torture.

“The UAE police are not satisfied with punishing peaceful opponents, but rather harass and offend even those who communicate with them, with no tolerance for criticism reaching a disgraceful degree.”

“It is shocking that so many countries and influential personalities continue to associate themselves with a government that collectively punishes innocent citizens,” he added.

Human Rights Watch interviewed relatives of exiled dissidents and dissidents who had been sentenced to long prison terms in the UAE after unfair trials.

In each case, state security forces subjugated one or more relatives to IT and information technology”.

Freedom House’s report on freedom on the Internet details how the agency supports widespread and pervasive surveillance to serve its interests.

All of those interviewed believed that state security forces were actively monitoring them and their family members.

They said that the monitoring and repeated interrogation of many of them had severe psychological effects on their relatives, which led families to restrict their communication with relatives outside the country severely.

An activist living abroad said: “We live our lives assuming that absolutely everything we do is scrutinized, and our devices are monitored.

When I talk to my mother (in the UAE), I speak to her about simple matters. She always says, “Don’t give me any details.” She does not even want to hear what I want to say so that she does not have to convey it when they question her next time.

Many of those we interviewed reported detailed and intrusive interrogations by state security officials.

An activist said: “My brothers are summoned for interrogation every time. They are trying to obtain information from them about the families of other detainees and me.”

“They ask about their companies, their licenses, their work and their children. They ask about myself, how I live, how I spend my money, and where do I get an income.”

Those we interviewed said that threats often accompanied interrogation.

A relative who is still in the UAE said: “From time to time, they call my sons and tell them not to write anything, and not to speak on social networks.

“Whenever they know that organizations abroad are highlighting our suffering, they threaten us with arrest, withdrawal of nationality and expulsion from work, which is a comprehensive restriction of our living and our ability to live a decent life.”

“They ask her to spy for them,” an activist said of a relative in the UAE. They tell her, “Do it for us, and we’ll allow you to renew your IDs.” There is always a catch. They always say “Help us, and we will help you.”

Activists and relatives of detained activists said that their families’ social exclusion due to state security measures was one of the most challenging consequences of their or their relatives’ activities.

A relative of a detained activist who now lives abroad said: “Our cousins ​​stopped communicating us because everyone who came to our house would be summoned and interrogated about us and our lives. We are completely excluded from Society. People stopped dealing with us, fearing for their well-being.”

Another said: “Society is afraid of mixing with us. Even people refuse to marry our family. The security forces are already intervening and telling them, ‘If you marry from this family, you will face problems’.