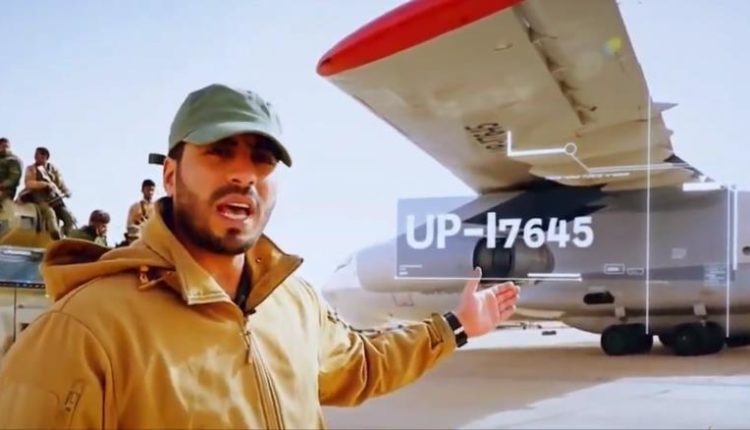 A television report revealed secret coordination between the United Arab Emirates and Israel to support the retired General Khalifa Haftar attack on the Libyan capital, Tripoli, the headquarters of the internationally recognized Government of National Accord.

Within “Zero Distance” program, Al-Jazeera channel broadcasted images and data for the movement of the military aircraft during the attack by the Haftar militias on Tripoli, including the use of Hafar forces by two planes belonging to the UAE– Kazakh company to carry out missions in Libya.

The two planes, Ilyushin 76 for transport and logistical support, have been making semi-regular flights between Egypt, Israel, Jordan, and Libya, with occasional stealth mode.

One of the planes appeared in a satellite image taken on April 13 at the base of the UAE Air Force east of Benghazi.

A local source documented the arrival of the plane to al-Qaeda at one point with a specific registration number. After tracing the following this figure, a suspicious route was observed in which the aircraft circled almost regularly between Egypt, Israel, and Jordan before appearing in Libya.

In further investigation, another aircraft of the same model was observed from time to time and moving along the same route.

The aircraft appeared on April 12 and 19 at the al-Jafra base of Hafar’s forces and appeared at Bnina base southeast of Benghazi on May 2.

In search of the two planes, it was found that they were registered in Kazakhstan under the name of Air Almaty before changing its name to Sigma Aviation.

The commercial agent of Sigma Aviation is a UAE company called Reem Travel and owns 49% of Sigma.

According to Sigma, its aircraft can be used to ship two Mi-8 or five-wheel-drive vehicles, as well as containers of various sizes.

It appears that Hafar’s forces rely heavily on the Ilyushin aircraft in its military operations, for its appearance and movement between its military bases.

One of the planes appeared in a video published by Haftar forces at the airport of the Tamanhant base in southern Libya, loaded with a large sum of money, and identified after checking the registration number under the wing of the plane, “UBI 7645.”

The data also shows the arrival of an Egyptian military cargo plane to Libya on April 15.

Hafar’s forces have launched a military offensive against Tripoli since the beginning of April, but have failed to storm fortifications set up by the government forces around the city.

Haftar has strong support from France, the United Arab Emirates, Egypt, and Saudi Arabia and launches air raids on civilian and military positions of the Al-Wefaq government in the capital, Tripoli.

A few days ago, a Haftar plane carried out several raids on sites belonging to the Government of the National Accord, including the headquarters of the Libyan parliament in Tripoli.

The island received photographs showing the damage to the building, formerly the headquarters of the Libyan National Congress (parliament), while activists said aircraft believed to belong to Haftar flew over the hotel after the raid.

This month, a confidential report showed UN experts investigating the involvement of the UAE militarily in the conflict in Libya, where in April missiles were launched from Chinese-made marching aircraft owned by the UAE army.

According to the report, the missiles fired by the planes in the southern suburb of Tripoli on 19 and 20 April are blue-ground missiles of the Blue Arrow, based on fragments studied by international experts.

Only three countries, China, Kazakhstan and the United Arab Emirates, have the same type of missiles. These missiles are launched exclusively by unmanned aircraft produced by China’s Wing Long.

According to the report, it is almost certain that these missiles did not come to Libya directly from the manufacturer or from China.

On World Press Day, the UAE a state of repression