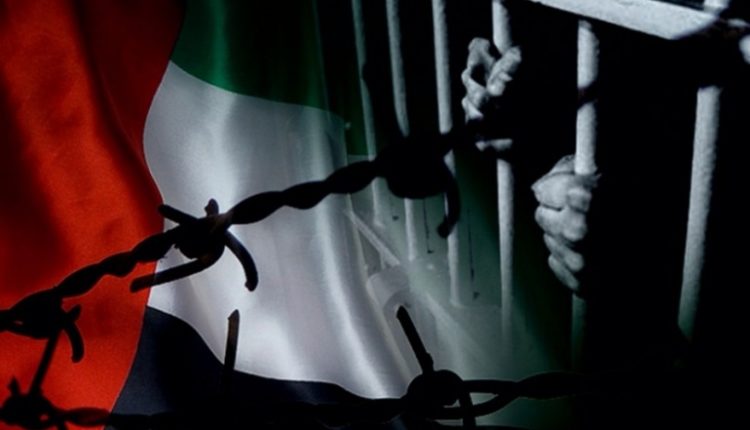 Shocking record of torture and human rights violations in UAE

Human Rights in the Emirates – The ruling regime in the Emirates has a terrible record of torture and human rights violations, making it one of the most repressive and authoritarian rulering regimes in the world.

The Emirati system of torture targets everyone it considers a threat to it, and this includes mostly human rights defenders, political opponents, religious figures and journalists.

On July 19, 2012, the UAE joined the United Nations Convention Against Torture, which contains details of the obligations the government must take to prevent torture. However, the implementation of these measures has not been confirmed. The UAE police and security forces continue to use torture against those who criticize the government or pose a threat to their authority.

Ahmed Mansoor, a member of the Middle East and North Africa Advisory Committee at Human Rights Watch, was arrested on March 20, 2017 after the UAE police raided his home without a warrant.

During his arrest, Mansoor was denied visits form his family and assigning defense lawyer. The authorities did not state the place of his detention. After holding him for more than a year, the Supreme Federal Court upheld his sentence on December 31, 2018, erasing any opportunity for his early release.

Mansour was arrested for criticizing the UAE’s persecution of activists for freedom of expression crimes, using his Twitter account to advocate against human rights violations committed in Egypt and Yemen in addition to working alongside other activists to demand the release of political prisoners in their countries in March 2017.

During detention, Mansoor was subjected to torture, including through solitary confinement.

On May 4, 2019, Emirati detainee Alia Abdel Nour died in prison after a bitter struggle with breast cancer.

While in detention, Abdel Nour was denied appropriate treatment and her family’s request for her release was rejected. In a statement, the Office of the United Nations High Commissioner for Human Rights (OHCHR) called on the UAE to investigate the circumstances of her death, as well as credible allegations of torture and ill-treatment, and the detention of officials.

Abdel-Nour was arrested and accused of financing international terrorist groups in July 2015 after providing a record of the websites she visited as evidence.

Abdel-Nour was neither a political activist nor explicit about her criticism of the government. According to the International Center for Justice and Human Rights, she was held in an unknown location for four months and subjected to torture, during which she was forced to sign a false confession which was later used to convict her.

Abdel Nour was also fighting cancer during her arrest. An audio recording of Abdel-Nour was leaked from Al-Wathba prison in May 2018 revealed that she was tortured and denied medical care to treat cancer and was eventually transferred to a specialized hospital.

However, the UAE police transferred her to a non-specialized hospital where she was heavily guarded in a room without windows.

When her family visited her, they noticed that she was tied to the bed and that her health was deteriorating. They asked if she could be taken home to spend the rest of her days at rest, but their request was rejected.

Academician Nasser bin Ghaith was sentenced to ten years in prison in March 2017, and he was imprisoned because he dared to express his opinion on Twitter in the form of peaceful tweets.

Bin Ghaith was convicted of publishing false information about the UAE leaders and policies, and in August of 2015, officers raided his home without a court order and was transferred to an unknown location where he was held for a year until the hearing before the State Security Chamber of the Federal Supreme Court in Abu Dhabi.

While detained in an unknown location, he was beaten and tortured for consecutive days. When he notified the court of his injustice, the judge dismissed him and turned off the microphone.

The UAE entered into a joint alliance with the Kingdom of Saudi Arabia and Yemen, which allowed them to establish a network of secret prisons in areas under UAE control. These prisons were run by Emirati forces to facilitate and spread systematic torture.

Emirati security forces also ordered the kidnapping of Yemeni citizens who were considered a threat. These Yemeni citizens have been arrested in these secret prisons and physically and sexually tortured. Prisoners in these prisons reported that they were beaten until they lost consciousness, were electrified in their genitals, hanged to the ceiling, blindfolded and bound for their hands and feet for months.

Articles 11, 12 and 13 of the Convention against Torture stipulate that the UAE is obliged to conduct routine investigations into any allegations of torture against any Emirati citizen, but it always fails to meet these requirements and obligations. The judges also blatantly ignore the reports of torture victims.

International human rights organizations have repeatedly called on the UAE government to improve the implementation of the mandatory requirements established by the Convention against Torture, in relation to torture and cruel, inhuman and degrading treatment inside and outside UAE territory.