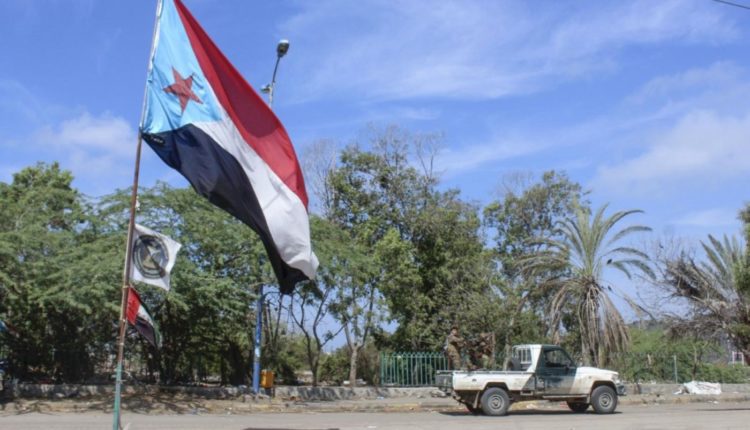 Is the UAE Bringing the Israelis into Socotra?

Described as the “Jewel of the Gulf of Aden” and the “most alien-looking place on Earth”, Socotra is Yemen’s otherworldly archipelago situated 150 miles from the Horn of Africa. In recent years, there has been growing geopolitical competition among various actors on the international stage which all seek to assert greater influence over this archipelago, strategically located between the Arabian Sea, Gulf of Aden, and the Gulf of Oman.

For the most part, the Yemeni civil war has spared Socotra the level of gruesome violence witnessed in other parts of the country. However, military clashes between the Abu Dhabi-backed Southern Transitional Council (STC) and forces loyal to the Yemeni government erupted there on April 30, 2020. Yet after Socotra’s governor and the STC called on the Saudi government to become involved the situation de-escalated. This episode came nearly two years after the United Arab Emirates (UAE) tanks and military personnel arrived on the archipelago, fueling major tensions between Abu Dhabi and President Abed Rabbo Mansour Hadi’s weak government. In response to the UAE’s “‘unjustified’ assault on Yemen’s sovereignty”, the Hadi government took its complaints to the United Nations. Despite the UAE’s official withdrawal from Yemen in 2019, it is no secret that the Emiratis maintain significant influence in Socotra.

Throughout 2020, a number of mostly Turkish and Qatari media outlets began reporting on alleged plans for an Emirati-Israeli intelligence base on Socotra. Although it is unclear what is fact versus fiction, it is safe to argue that Emirati-Israeli coordination in Socotra is a real possibility due to various regional developments pushing Abu Dhabi into greater alignment with Tel Aviv almost six months after the Abraham Accords’ announcement.

If the UAE begins working with Israel in Yemen, such a development could have a significant impact on the country’s explosive political situation as the multifaceted civil war rages on. A consequence could be an inflaming of anti-Emirati sentiments on the part of Yemenis who, by in large, reserve vitriol for Israel and are sympathetic to the Palestinian struggle. In the words of Abobakr Alfaqeeh, a freelance Yemeni journalist, “any Emirati-Israeli coordination in Yemen will be met by an increase in hostility towards the UAE among the Yemenis, who will feel that Abu Dhabi is undoubtedly ‘Israel’s hand’ in their country.”

Notwithstanding the reality of Yemenis maintaining negative views of Israel, the STC maintains a different perspective on the Jewish state. By virtue of the fact that Abu Dhabi controls the STC—even to the point in which many experts label the southern Yemeni organization an Emirati “proxy”—it is a safe bet that any actions which the UAE takes in Yemen which involve Israel will receive the STC’s blessing. A case in point was the STC’s leadership praising the Abraham Accords shortly after its announcement on August 13.

Thus, although there is not an official diplomatic agreement between Israel and the STC, which is (at least for now) a non-state actor, it is safe to argue that the STC is the most Israel-friendly force in Yemen. The separatist faction, which controls Socotra, may see a tacit relationship with Israel as serving its longer-term agenda in Aden and elsewhere in southern Yemen. “The STC believes that their rapprochement with Israel will help in establishing their independent state,” as Nabeel Nowairah, an independent Yemeni analyst, posited. “So, the STC is in favor of UAE-Israel coordination in Yemen while the rest of the Yemeni components are against it.”

The Israelis could see their potential establishment of a foothold in Socotra via the UAE and STC as an “unmissable opportunity” for keeping tabs on Tehran’s activities throughout the Arabian Sea and wider Indian Ocean as Alfaqeeh argues. Naturally, within this context, Israel’s entry into Socotra would align with Washington’s foreign policy objective of countering the Islamic Republic’s foreign policy agenda. The UAE understands how this can strengthen Abu Dhabi’s partnership with the US, especially at a time in which many American lawmakers are opposed to their country’s controversial USD 23 billion arms sale to the UAE.

If the UAE is empowered in Yemen by its purchase of F-35 fighter jets, Reaper drones, air-to-air missiles, and munitions, Abu Dhabi could assuage Washington’s concerns by using its strength to enable the Israelis to pursue their anti-Iranian policies in this Yemeni archipelago overlooking the Bab al Mandab. US policymakers would see such a UAE-facilitated Israeli presence in Socotra as a bulwark against Iranian activities in Yemen as well as the Horn of Africa, a volatile region where Tehran has wielded varying degrees of influence since the Islamic Revolution of 1979.

Looking ahead, the possibility of the Emiratis and Israelis coordinating their activities in Socotra, assuming that this has not already started happening, could have major geopolitical implications for the Middle East and Asia. Greater Israeli clout in the Indian Ocean could facilitate the emergence of an “India-UAE-Israel triangle” that counters not only Iran, but also Pakistan. For officials in both Tehran and Islamabad, such a development would be troublesome.

In 2021, analysts will need to keep an eye on the situation in Socotra and monitor any potential Emirati-Israeli coordination. Along with the Red Sea littoral—Eritrea, Puntland, etc.—Socotra could be one of the areas where we witness the ways in which the UAE-Israel partnership impacts the Middle East, South Asia, and Africa’s geopolitical orders and security landscapes.