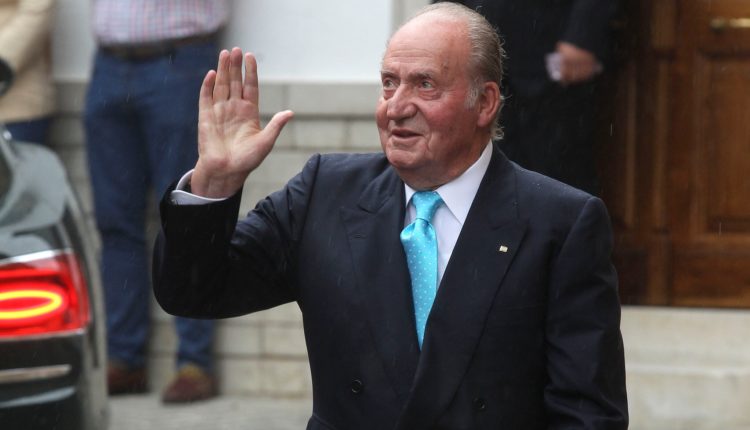 A Spanish Politician: The UAE is a Criminal Country and the Former King’s Residence Is a Scandal

Spanish Deputy Prime Minister Pablo Iglesias said that King Father Juan Carlos’s refuge to a country known for criminality like the UAE is a severe blow to Spain’s image in front of the international community.

In an interview with the digital newspaper “Publico”, Pablo highlighted that King Father Juan Carlos fled Spain and said, “It seems to me that the escape of King Juan Carlos is a scandal. The fact that he fled to what we call a criminal place (the UAE) is a scandal by all standards for our country.”

Pablo Iglesias, a participant in the government coalition and leader of the left-wing Podemos party, is one of the political forces that demanded the need to prosecute King Juan Carlos after strong evidence emerged about his involvement in major financial corruption operations from Saudi Arabia and other countries.

The Swiss and then the Spanish judiciary had confirmed that the king had obtained one hundred million dollars from Saudi Arabia that had been laundered from a Swiss bank towards Panama.

In the face of judicial and political pressure, King Juan Carlos sought refuge at the beginning of last month in Abu Dhabi, and everyone considered his departure from Spain tantamount to escaping from the judicial investigation. The Spanish judiciary pledged to summon him at the start of the investigation.

political and media circles in Spain have already launched a widespread campaign of criticism against the former king of the country, Juan Carlos, after choosing the UAE as a shelter to escape his prosecutions for corruption.

Spanish media confirmed that the former king was supposed to stay in Spain so that he would be subject to the judiciary when summoned. However, he preferred to flee to the UAE that do not respect human rights and is involved in financial scandals. There are suspicions that the father king received sums of money from the UAE.

The Spanish newspaper “ABC” highlights that King Juan Carlos used to visit the UAE frequently, the last visit was in November. And that he used to carry 5 million dollars in cash every visit.

In light of official secrecy about where the former king had gone to avoid pressure on the Spanish royal establishment, the newspaper “ABC” published about his presence in Abu Dhabi and his stay in a luxurious hotel as a guest of Crown Prince Mohammed bin Zayed. Moreover, choosing a country involved in wars and corruption arouses the anger of many politicians and human rights defenders in Spain.

The ABC newspaper was the first to cover the King’s asylum in the Dominican Republic. It reported that the Madrid government asked King Philby VI to have his father, Juan Carlos, leave the presidential palace in Madrid for an unofficial residence after he was involved in bribes from Arab regimes. The Spanish and Swiss judiciary are investigating his involvement in receiving bribes estimated at between $65 million and $100 million.

The newspaper returned to present new input, as it reported that the Father King used a “Global 6500” plane and a digital plate “9H-VBIG” that had been leased from a company in Malta. While the plane was set off last Sunday from Paris to Abu Dhabi, it changed its direction and landed in the airport of Vigo, northwest Spain.

The next day, Monday 3 August, the plane flew to Abu Dhabi and landed at Al Bateen Airport, an airport specialized in receiving business planes, art and sports stars, and country leaders.

The ABC newspaper filled in the details, reporting that he had flown in a private plane to Abu Dhabi and was staying at the government-owned Emirates Palace hotel where a suite can cost as much as €11,000 (£10,000) a night, a place where the press will not reach.

For its part, the “Diario” newspaper wrote that there was a second investigation into a hundred million dollars dating back to the year 2008 that may not have anything to do with the express trains deal during 2011, but with other deals.