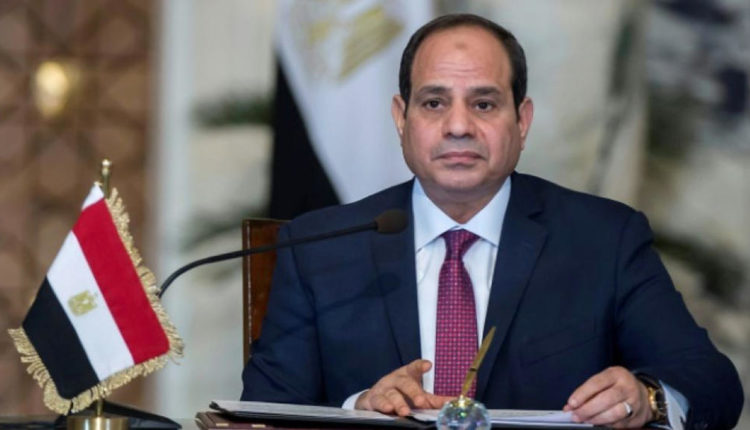 UAE alerts for fear of the fall of Sisi

Emirates Leaks has learned of a state of alert among the UAE’s ruling regime for fear that its ally, the Egyptian President Abdel Fattah al-Sisi, will fall amid unprecedented popular demonstrations against his rule.

The crown prince of Abu Dhabi, the de facto ruler of the UAE, has instructed the state to remain silent about what is happening in Egypt until the scene becomes clear.

At the same time, bin Zayed ordered his security services in coordination with the Egyptian intelligence to try to get Sisi out of his crisis, behind fears in Abu Dhabi of splits in the Egyptian army, threatening to declare the army a counter-position against Sisi.

Bin Zayed fears that his biggest achievements in leading the Arab Spring anti-Arab revolutions have been the overthrow of Egypt’s first civilian president, Mohamed Morsi, in mid-2013 and enabling Sisi to seize power by a military coup.

At the same time, Bin Zayed shows a willingness to abandon Sisi if he is unable to face popular anger against him, provided that this is done after securing the transfer of power to an alternative military figure with a similar loyalty to Abu Dhabi.

The UAE’s ruling regime is desperate today to try to support one of its most prominent allies, Egyptian President Abdel Fattah al-Sisi, in the face of unprecedented popular opposition.

The Emirates Leaks learned that the UAE regime is following with great concern the complexity of the scene in Egypt in light of the tensions witnessed against the backdrop of the start of popular demonstrations to express rejection of the policies of the Egyptian regime.

Egypt witnessed an extraordinary day on Friday as thousands of demonstrators went to the streets demanding the departure of President Abdel Fattah El Sisi, a move that recalled the beginnings of the popular movement in the January 25 revolution in 2011.

Protesters were able to reach some of Egypt’s most prominent fields, especially Tahrir Square, the symbol of the 2011 revolution, which has remained closed to demonstrations and popular gatherings in recent years.

During the past few days, the Egyptian contractor and actor Mohamed Ali called on the Egyptians to take to the streets on Friday evening to express their rejection of Sisi’s policies and demand his departure.

He aired several videos in which he accused Sisi, his entourage, and some leaders of the armed forces of corruption.

A source told Mada Masr that there was a state of anger in the government circles over Mohammed Ali’s videos, pointing out that this anger translated in the form of punitive measures against some employees of the information gathering services, the first of which was the summoning of the intelligence liaison officer attached to the Egyptian diplomatic mission in Spain.

It is noteworthy that the contractor Mohamed Ali had left Egypt and settled in the Spanish city of Barcelona.

The same source said that Sisi held a number of high-level security and political meetings to discuss the developments in the country, and review the plan of media action to face what has been described as a systematic campaign aimed at destabilizing and threatening security, the President also met with a number of key military, intelligence and security leaders – To reassure that no one will come out to the street, and that anyone who thinks to demonstrate will receive a decisive response.

With social media outrage over the past few days against Sisi, and in solidarity with calls for his departure, activists on social media platforms changed their Facebook profiles to red as a message of protest and anger.

Some of the anti-Sisi’s top stories were topped off, most notably the “Friday of Wrath”, which was inspired by Friday 28 January 2011, the “leave” and the Sisi out tag in English.

“People want to overthrow the regime,” was a sign yesterday of memories of those who took part in the January 2011 revolution, which toppled former President Hosni Mubarak after 30 years in power.

For its part, the UAE has tried to recruit pro-Egyptian media outlets to support Sisi, as well as its willingness to provide funds to launch a counter-campaign to strengthen the status of the military coup leader in Egypt.

Since the coup against the first democratically elected Islamist president Mohamed Morsi in mid-2013, the UAE has backed Sisi and brought him to power to serve its interests inside and outside Egypt.

Internally, Sisi serves the UAE’s plans to strengthen its military influence and fight the Muslim Brotherhood, which Abu Dhabi considers an arch-foe and fears its expansion into its territory, threatening the throne of its rulers.

Externally, Sisi supports the UAE’s expansion plans in several countries and regions, especially in Libya, to form an important part of the UAE’s policy of subversion, chaos and spreading corruption regionally to serve the expansion plans of its rulers.

Historically, the UAE has concentrated in support of Egypt on a sabotage scheme based on putting the Egyptian economy in all its activities in the hands of only one institution, the armed forces. Even if there are surprises of change, direct control of the joints of the state is in the hands of that military establishment.

Observers in Egypt believe that the UAE’s support for the ruling system is one of the reasons for its continued management of the country, and considered that the joint investments between the UAE companies and the Engineering Authority are the most important pillars of this support.

There have been many forms of Emirati support for the regime of outgoing President Abdel Fattah El Sisi since 2013.