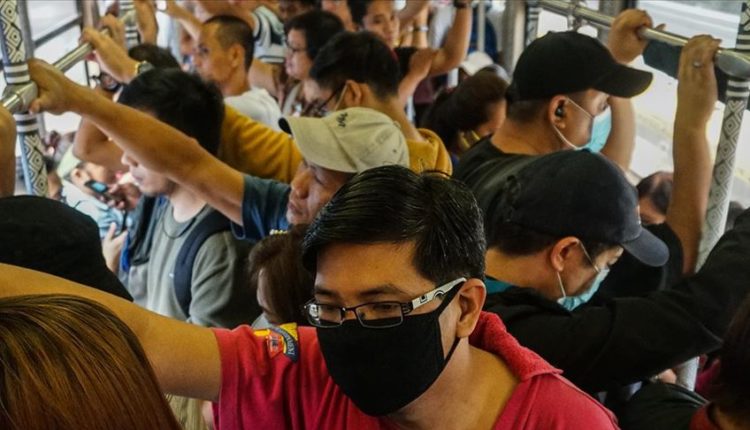 Evidence of the ruling regime’s practice in the UAE of lying and prevarication continues regarding to figures related to the Coronavirus.

Moeed Yusuf, the Special Assistant to the Prime Minister of Pakistan for National Security, stated that the number of returnees from the Emirates whose tests have proven positive “is larger than we thought.”

He added that about 12 percent of the tests were positive in most trips, but in two trips, this number increased to between 40 and 50 percent.

Yusuf stressed that “many workers are supposed to live in crowded wards and in these wards, it is necessarily easy to cross each other,” in reference to the traumatic reality of foreign workers in the Emirates.

The Pakistani Foreign Ministry said that Islamabad had expressed concern to the UAE about workers returning home from the Gulf state, including high rates of COVID-19, and that living conditions in crowded places in the UAE might help spread the virus.

“The matter was officially raised with the UAE authorities… The two governments are working together to find the best solution to this common concern,” said ministry spokeswoman Aisha Farouqi.

Later, an official at the UAE Foreign Ministry said that his country’s government “totally rejects this depiction of events.”

Khaled Al Mazrouei, Assistant Undersecretary of the Ministry of Foreign Affairs for Consular Affairs, said, “every person on trips to return workers has been examined before departure and those who are found to have been injured are not allowed to travel.”

The Emirati official did not address Pakistan’s concerns about housing conditions.

About 1.5 million Pakistanis reside in the UAE, many of whom are low-paid workers who live in overcrowded housing and are now stranded because of the limited availability of flights to deport them.

The Consulate General of Pakistan in Dubai said that about 60,000 Pakistanis in the UAE have registered to return to their homes.

The UAE had previously warned that it might amend employment recruitment links with countries that refuse to take back their stranded citizens after they lost their jobs or took vacations because of an outbreak of the Coronavirus pandemic and wanted to return to their country.