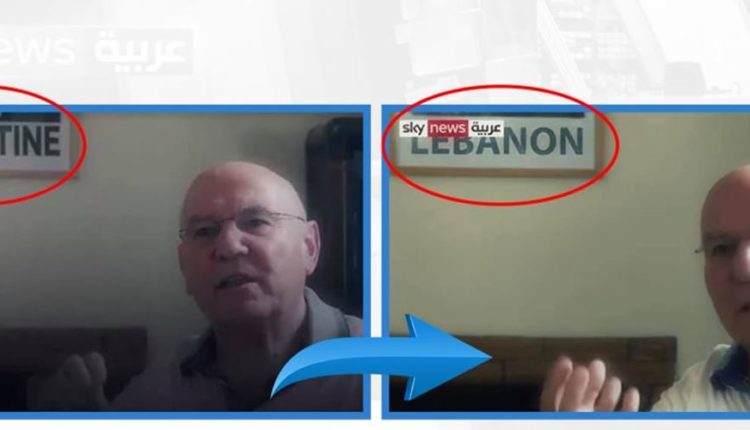 UAE-owned Sky News Arabia has been accused of removing the word ‘Palestine’ from a poster which appears in a TV interview backdrop.

Beirut-based Dar El-Nimer cultural centre said the TV broadcaster replaced the word ‘Palestine’ with ‘Lebanon’ on a ‘Visit Palestine’ poster which appears in the backdrop of an interview with Professor Frederic Maatouk held at the centre and later published on Sky News Arabia‘s Instagram account.

The interview was filmed on 14 August as part of an episode of ‘Al-Qissah‘ programme, looking at the blast which rocked the Lebanese capital ten days earlier.

“We refuse this shameful assault on both Amer Shomali’s artwork and a corner principle of the institution’s activities,” Dar El-Nimer for Arts and Culture said in a statement, saying Sky News Arabia‘s action “lacks the basic ethics of professional journalism”.

Sky News Arabia has not responded to the accusation, but the interview segment was removed from the channel’s Instagram account following the revelations.

The ‘Visit Palestine’ poster was originally created in the 1930s to encourage Jewish immigration to the region but was recreated by Palestinian artist Amer Shomali to highlight Israel’s illegal Separation Wall.