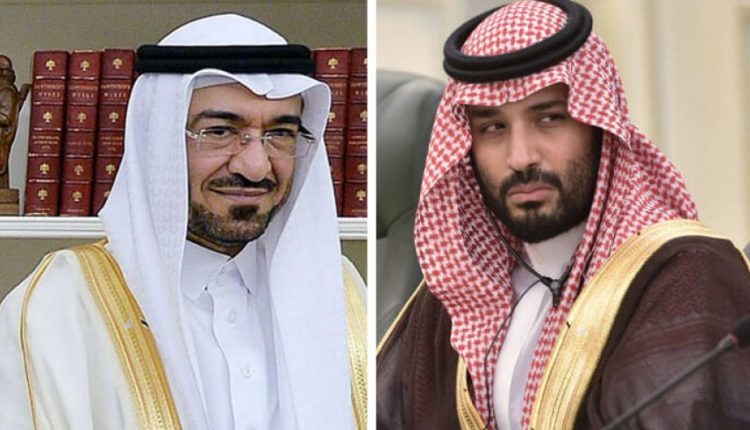 The United Arab Emirates is preset in the lawsuit filed by the former Saudi intelligence official, Saad Al-Jabry, against the Crown Prince of the Kingdom of Saudi Arabia, Mohammed bin Salman (MbS), in the United States of America.

In his lawsuit against Mohammed bin Salman and other Saudis, Al-Jabry said that a campaign of arrests had been launched against his family and relatives in the Kingdom and abroad in order to force him to return to Saudi Arabia.

Al-Jabry explained that the arrests included his sons and relatives, as well as one of his relatives living in the UAE, who was arrested and handed over immediately to the Saudi authorities illegally.

The incident re-sheds light on UAE treachery against Arab citizens of different Arab and Islamic nationalities during their presence in its lands and handing them over to the authorities of their countries.

Among them, the prominent human rights activist Loujain Al-Hathloul, who was forcibly deported from the UAE where she lived, to Saudi Arabia in March 2018 and arrested at that time until today.

The United Nations’ Working Group on Arbitrary Detention found that the UAE violated Al-Hathloul’s rights by forcible deporting her and enabling the Saudi authorities to detain her without legal basis.

The former Prime Minister of Egypt, Ahmed Shafiq, fled to the Emirates after the Egyptian Public Prosecution demanded that he be arrested and brought after he was involved in cases of wasting public money and money laundering at the time he was Minister of Civil Aviation.

Shafiq stayed in the Emirates and only returned to Egypt after that one time, which was last year before the last presidential elections, for which Shafiq announced his candidacy through a recorded video from the Emirates. He was deported to Egypt to give up his candidacy and support President Abdel Fattah Al-Sisi for a second term.

Last October, the Iranian Revolutionary Guard announced the arrest of the journalist Ruhollah Zam, who played a key role in sparking protests against the regime, after his arrest from Dubai airport.

The Iranian Revolutionary Guard said that the opposition journalist was arrested after he was “lured” into the country, through a complex intelligence operation, while sources confirmed his arrest by the UAE authorities at Dubai airport before he was handed over to Tehran.

Iranian state television reported that the Revolutionary Guards’ intelligence managed to “deceive” a foreign intelligence service, and then push Zam to return to the country, and arrest him.

Sources reported that Ruhollah Zam was on his way to Sydney, Australia, but the plane landed in Dubai (transit), where he was arrested by the UAE authorities and handed over to Tehran.