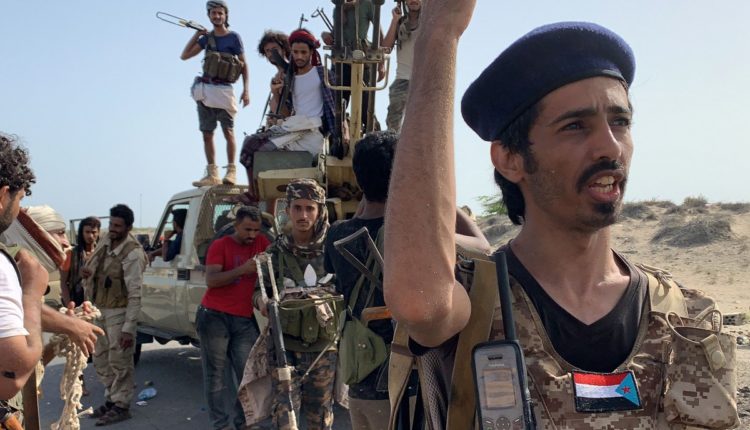 The United Arab Emirates has provided Yemen’s Southern Transitional Council (STC) militias with a new shipment of weapons and thermal missiles to use in the ongoing confrontations against forces loyal to the internationally recognised government of President, Abd Rabbuh Mansur Hadi, in Abyan governorate.

The leader of the Southern Resistance, Adel Al-Hasani, said the UAE has delivered the new shipment of weapons and missiles to the STC through Salafist leader, Nizar Al-Wajeeh Al-Yafei, commander of the 4th Al-Amaleqah Brigade.

Al-Hasani posted pictures of the weapons on Twitter, explaining that they had already entered the battlefield during the recent confrontations in Abyan governorate.

Violent clashes have erupted between the UAE-backed STC and the pro-government forces on several fronts in Abyan governorate which resulted in dozens of dead and wounded on both sides.

Yemeni political sources said the formation of a government has become more complicated after the outbreak of armed confrontations.

Al-Quds Al-Arabi quoted a political source saying: “The outbreak of clashes in the Shakra area of Abyan governorate is a strong indication that the formation of a new government with the participation of the STC would collapse.”

Last July, the Saudi-led coalition announced a mechanism to accelerate the implementation of the Riyadh Agreement, signed between the Yemeni government and the STC and which provides for the formation of a government of equal participation between the north and south.

International airports close travel corridors to the UAE after…

The Palestinian Authority complains to the United Nations about the…