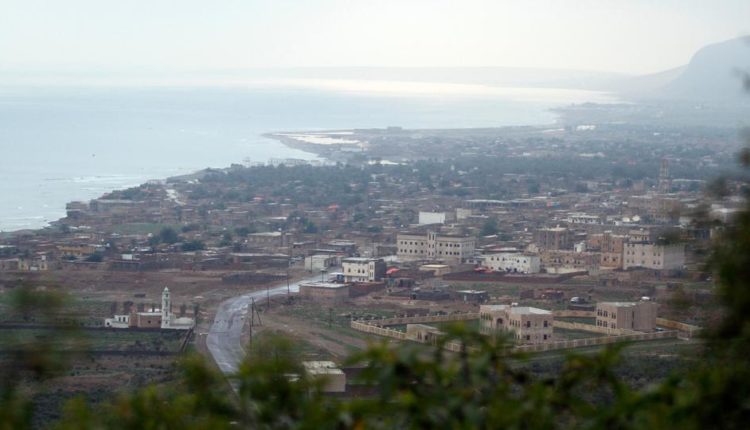 The tribal chief of Socotra accuses the UAE and Saudi Arabia of allowing Israel to establish a presence on the Yemeni island.

A Yemeni tribal leader has accused the United Arab Emirates and Saudi Arabia of letting Israel onto its island of Socotra.

The accusation came in a statement by Issa Salem bin Yaqut, the chief of tribes in Socotra, who warned against undermining Yemeni sovereignty on the island and called for expelling Saudi Arabia and the UAE.

On Friday, South Front, an American website specialising in military and strategic research, reported on the arrival of an Emirati-Israeli delegation to the island, located in the Indian Ocean.

The website said that the UAE and Israel intend to establish military and intelligence facilities there.

In June, forces affiliated with the secessionist Southern Transitional Council (STC) took control over the Socotra province in a move described by the Yemeni government at the time as a “coup against legitimacy.”

The Yemeni government accuses the UAE – Saudi Arabia’s second major partner in the coalition – of supporting the STC to serve its own interests in Yemen, accusations which Abu Dhabi denies.

Yemen has been beset by violence and chaos since 2014, when Houthis overran much of the country, including the capital Sanaa.

The crisis escalated in 2015 when a Saudi-led military coalition launched a devastating air campaign aimed at rolling back Houthi territorial gains.

The creation of an Israeli-Emirati intelligence-gathering base on Socotra aims to monitor Iran, China and Pakistan, according to political and strategic experts.

JForum, the official site of the French-speaking Jewish community in Paris, revealed earlier that the UAE and Israel are working to establish a spy base there.

“This Israeli-Emirati spy base aims at monitoring the Iranian activities in the Gulf of Aden and curbing Tehran’s relationship with Houthi rebels,” Ibrahim Fraihat, a professor of international conflict resolution at the Doha Institute for Graduate Studies said.

Socotra overlooks the strategic Bab al Mandab Strait, a main shipping route that connects the Red Sea to the Gulf of Aden and the Arabian Sea.

The UAE has deployed hundreds of troops on the strategic island since May 2018, leading to a rift with the Yemeni government, which rejects the deployment.

“The creation of this base is an additional indicator that the Emirati-Israeli deal was meant for forging a solid alliance between the two countries, not just normalising relations,” Fraihat said.

On August 13, the UAE and Israel announced a US-brokered agreement to normalise their relations, including opening embassies in each other’s territories.

The Palestinian Authority and resistance factions denounced the UAE-Israel deal, saying it does not serve the Palestinian cause and ignores the rights of Palestinians.

Fraihat believes that the Israeli-Emirati spy base will also help keep China’s economic activities under the scanner.

“This base can provide critical security services to the US regarding Chinese economic activity, especially its trade with Europe,” he said, citing US President Donald Trump’s tense relationship with Beijing.

“Trump is engaged in a trade war with China and needs to monitor the Chinese commercial activities,” he added.

Sayed Mohammad Marandi, a political analyst and professor at Tehran University, said Iran is already surrounded by many US military bases in the region.

“Israel has no capability to attack Iran even if they have a joint military base with UAE in Yemen,” he said.

Marandi argues that the Iranians are happy to see that bilateral relations between the UAE and Israel have become public after years of “secret cooperation.”

“The UAE knows that its deal with Israel is hurting its image in the region, but it is being forced by Trump to do so in an effort to help him in the November presidential race,” Marandi said.

Indian analyst Haidar Abbas believes that the spy base will also be used to monitor Pakistan.

“From now onwards, Socotra Island will neither be of Houthi rebels, nor of UAE or Yemen, but its complete suzerainty will belong to Israel, meaning the US,” he said in an article published in countercurrents.org, an Indian news portal.

“This rapidly changing scenario is altering the world situation as never before, as Pakistan, which means China, would now be under the Israeli radars,” he said.

Professor Syed Qandil Abbas of Azam University in Islamabad opines that the deal will have a direct impact on the Middle East, but it can indirectly influence South Asia and other regions as well.

“If India-UAE-Israel triangle emerges then it will change the regional dynamics of South Asia as well,” he said.

“Countering Iran could be one of the major objectives,” he said.

The UAE-Israel joint venture in Socotra will be an attempt to monitor the Iranian naval movement in the region as well as examining sea and air traffic in the southern region of the Red Sea, he added.

“Pakistan’s foreign policy is traditionally India-centric and Pakistan is already facing critical consequences of the Israel-India strategic partnership. Israeli military equipment and its commandos are already present in occupied Kashmir,” he said.

Abbas said that this evolving situation has been a “serious concern” for Pakistan.

“If the Israel-UAE deal includes India as well, then this triangle can pose a serious threat to Pakistan – the only nuclear state in the Muslim world,” he said.

“Similarly, it can endanger peace and security in the whole of South Asia and the Middle East,” he added.