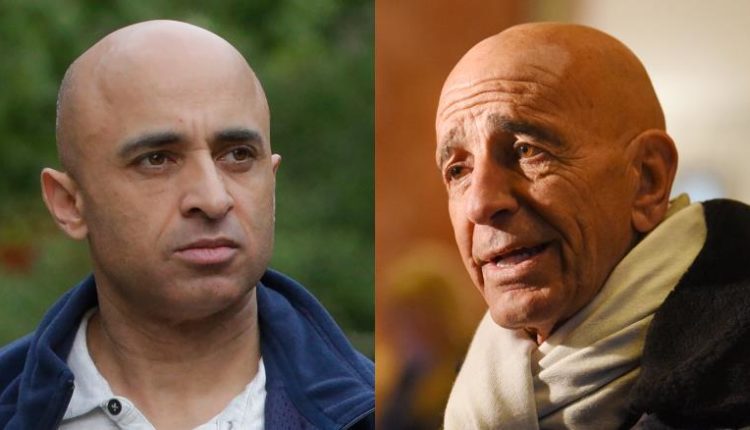 The role of the United Arab Emirates in the Department of Investigation in the United States of America has returned in light of its ongoing conspiracies to influence the US administration and gain influence.

The New York Times reported that federal investigators were checking the contacts of US President Donald Trump’s adviser Tom Barrack with the UAE and Saudi Arabia during the last presidential election campaign.

Investigators conducted an interview last month with Barak in the context of investigations into the foreign influence on the transitional period before Trump was received, as well as the early stages of his administration.

According to the newspaper, the relationship between Tom Barrack and representatives of the UAE and Saudi Arabia has been the attention of the federal authorities for at least nine months.

The newspaper said Barrack, who is based in the Lebanese village of Zahle, sought to coordinate with Gulf figures – including UAE investor Rashid Al Malik, who is close to the Abu Dhabi authorities – through Paul Manavort, former Trump campaign manager.

According to the New York Times, a real estate company owned by Barrack got between Trump’s presidential nomination and June of that year a billion and a half billion dollars from Saudi Arabia and the UAE through investments and transactions

Investigators questioned witnesses about Barrack’s role in a proposal by an American group that gives Saudi Arabia access to nuclear technology, the paper said.

Special investigator Robert Mueller, who is investigating the Russian role in the US presidential election, met with Tom Barrack in this context before asking about the relations of the former Trump campaign manager Paul Manavort and the financial aspects of Trump campaign and the process of transition from the former President to Trump and the inauguration ceremony.

Tom Barrack played a key role in the Trump campaign because of their old friendship, took charge of fundraising for the campaign, and was in charge of Trump’s communications and made ties between the rulers of the UAE and Saudi Arabia and Trump.

According to The New York Times, Barrack is linked to an old and strong friendship with the UAE ambassador to Washington, Yosuf al-Otaiba. The newspaper published correspondence about al-Otaiba’s doubts about Trump’s policy, ambiguity, and Barak’s assurances.

The correspondence, published on June 2018, reveals that Yosuf al-Otaiba collaborated with Barrack to complete the 2009 deal involving the sale of the Rameetaj Raffles Hotel in Beverly Hills to a 50% owned subsidiary of the Abu Dhabi Investment Fund for $ 41 million.

UAE’s spending on political pressure in the United States has shown an upward trend since 2011 to less than $6 million by 2010, but this has pushed the UAE to top the list of foreign countries spent on the pressure in Washington in 2013.

In the years following 2014 to 2016, Abu Dhabi spent nearly as much money to strengthen its relations in Washington, which culminated in its acquisition of the Thaad missile defense system. The first batch of officers and pilots trained to use the system, December of last year, 2016, the first batch of non-US forces to be trained on this sophisticated system.