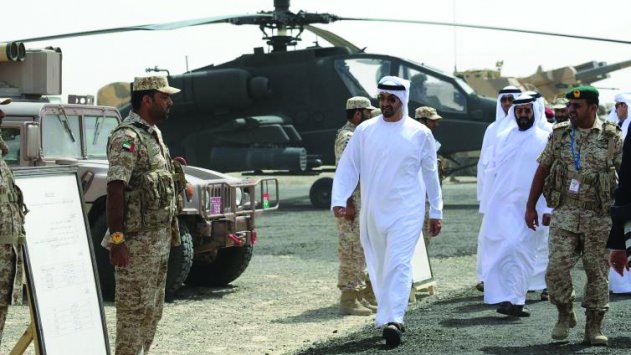 The Carnegie Institute for International Studies said that the UAE’s wars and dependence on mercenaries undermine its international confidence.

After two decades of concerted investment and operational experience, the UAE Armed Forces, dubbed “Little Sparta,” have become one of the region’s leading armies.

With approximately 63,000 active uniformed personnel for a population of 9.9 million (only 1.2 million of Emirati), allegedly augmented by foreign auxiliary and mercenary forces, the UAE has gained global attention its role in countering Iran and violent extremist networks and for interventions in Yemen and Libya.

It is one of the United States’ closest military partners in the Middle East.

American scholar Kenneth Pollack assesses that, taken as a whole, the UAE’s military is the most capable among the Arab states, while there may be variance across the force.

However, there are doubts about the UAE’s commitment to international principles of professional military conduct and its transparency and accountability.

It also includes a commitment to ethical behaviour, incorporating lessons learned into the application and the way forward, becoming a part of the organization.

If the UAE’s strategic planning capabilities are developed, it will match defense priorities with resources better.

For example, if the state envisions other campaigns to combat insurgencies and proxy wars in the future, does it need to create capabilities and capabilities within the Emirati force to perform these tasks in a more effective and integrated manner?

Or will the constant dependence on mercenary forces be enough?

But reliance on mercenaries opens the UAE to international oversight and undermines its legitimacy in key partners’ eyes.

The UAE should undertake a concrete review of its interventions in Yemen and Libya, which have tested its power structure and military capabilities.

It was reported that the UAE had hired and mobilized groups of mercenaries and proxies to supplement its strength.

The gaps in the UAE’s strategic planning capabilities exacerbate the risks of overexpansion and reliance on less professional and less integrated forces.