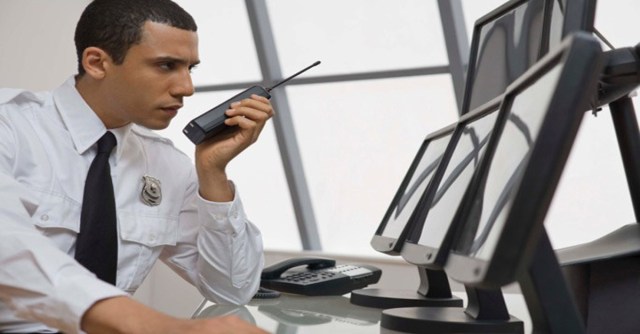 The Guardian reported that migrant workers who work for the British security company G4S in the UAE were forced to pay millions of pounds in illegal fees recruitment agents to secure their jobs.

It warned that forcing workers to pay recruitment fees to work is a widespread practice, but it is illegal in the UAE.

This practice allows companies to charge workers who come from some of the world’s poorest countries with recruitment costs, leaving many of them deep in debt and vulnerable to modern forms of slavery, such as “debt bondage.”

An investigation into G4S’s hiring practices found that workers from South Asia and East Africa had paid up to £1,775 to recruiters working for the British company to get jobs as security guards in the Emirates.

Some South Asian countries allow agents to charge recruitment fees, but the costs are much lower than most G4S employees pay.

Human rights groups told the newspaper that G4S should bear the recruitment fees for its workforce in the Emirates.

Experts estimate that compensation costs for current workers alone could run into the tens of millions of pounds.

According to what the newspaper reported, 28 workers from South Asia and East Africa who worked as security guards and workers for the “G4S” company in Dubai for a period ranging between one and 12 years were forced to pay money to recruitment agencies in their countries of origin.

According to the newspaper, the actual costs of hiring may be much higher because these figures may not include additional fees such as medical tests or the interest paid on loans obtained to pay recruitment fees.

On the other hand, G4S claims that since 2020, immigrants in the UAE have stopped paying recruitment fees.

“We have moved to the in-country direct employment model, which means we seldom use migrant workers recruitment agencies,” she said.

Hiring workers “directly” often involves hiring immigrants who have made their way to the UAE in hopes of finding a job.

This means that they continue to bear high costs, debt, and employment risks.

In its fair recruitment guidelines, the International Labor Organization of the United Nations states the following: “Recruitment fees or related costs shall not be imposed on workers or job seekers or incurred in any other way.”

Although the fees are paid to the recruiters, and not to “G4S” directly, Dubai workers described the close links between the two.

They all said that G4S employees interviewed them in person, and, once selected, the agent requested fees for their services and related costs, such as airline tickets.

These workers confirmed that the G4S company took advantage of their desperation to find a job.

The company was aware that recruiting agents were charging them money, but turned a blind eye to the practice.