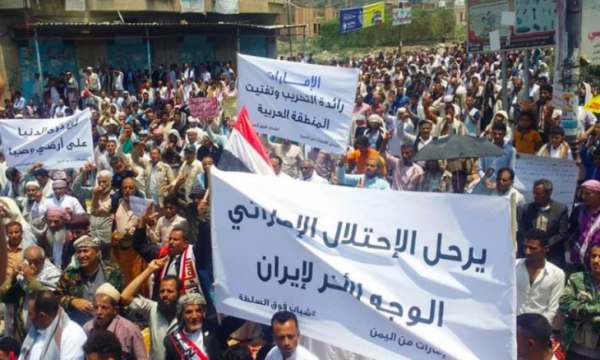 Yemenis condemn UAE’s support of terrorism in their country

Yemeni tweeters launched a campaign on social media sites against the support of the UAE in their country by handing arms to the southern transitional council militia, desiring to spread chaos.

The tweeters expressed their belief that the Southern Transitional Council could not take any step against the Yemeni government, without a green light from the Emirates that supported it.

They said that this impedes the implementation of peace in Yemen by obstructing the Riyadh agreement, signed between the government on the one hand and the transitional council on the other.