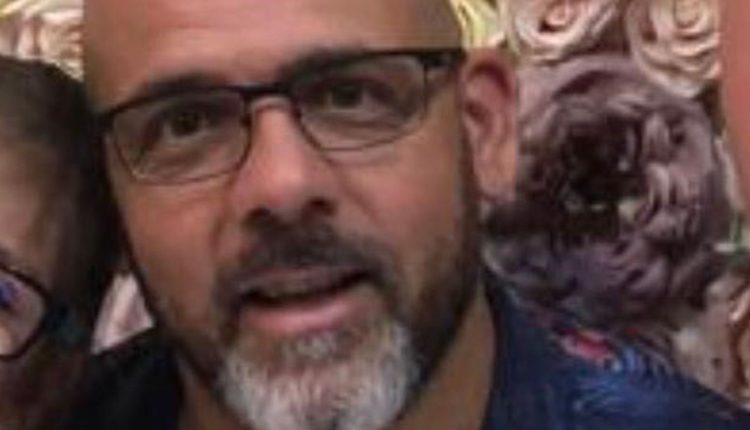 The family of a detained former British soldier in Abu Dhabi resorted to the media six months after his arrest, revealing his very poor conditions of detention.

The father and mother of Andrew Neil met with the British Foreign Office to follow up on the case, Sky News reported.

The British Foreign Office told the parents, after nearly six months of detention, Neil was charged with drug dealing, but the family, which denied the charge, added that Neil had not yet learned of the charge against him. According to Sky News.

Andrew Neal’s parents expressed deep concern over the treatment of their son during a meeting on Thursday, March 2, with Alistair Burt, Middle East affairs minister for the British Foreign Office.

This is the first time a government minister has reacted with the family in the case.

Maurice and Sue Neal claimed that the conditions in the prison where he is being held in Abu Dhabi are bad, and they fear on their son who suffers from PTSD after multiple rounds in conflict areas during 24 years in the army.

They said they were shocked to learn that their son had been charged. They had no knowledge of that.

“Mr. Burt said early on during the meeting at the Foreign Office, ‘We can confirm he has been officially charged’ – which was rather a slap in the face because Andrew is not even aware of that,” Mr. Neal, 69, from Nottinghamshire, said.

His wife, Sue, 65, said they responded by saying: “As far as we are aware Andrew hadn’t been charged. We don’t understand why he has been charged when there is no evidence.”
Andrew Neal, 44, was arrested by Dubai police on October 4 in an apartment building where he lived with his wife and two children.

He had founded a successful dog training company in Dubai after he left the army in 2015.

The former soldier was accused of selling drugs – a claim he denies strongly, according to his family.

He was held in Dubai without charge for five months before being transferred to Sadr City prison in Abu Dhabi in early March.

His parents said Mr. Burt told them that the transfer had taken place because the charges had been brought against him.

They said he was only able to talk to his wife twice a week over the phone. She is allowed to visit once a week but for a short time.

“We have made it quite clear to the minister we are concerned about Andrew’s welfare, not only because of this PTSD but because of what is going on in the prison,” Maurice Neal said.

“Andrew gets to sleep on a one-inch-thick mattress on the concrete floor – there are no beds. He has to buy his own food. If he wants anything else such as toiletries he has to buy them on the black market.”

“He has witnessed several beatings by prison officers using belts… These are the kind of conditions he is living in at the minute and we made it blatantly obvious to the minister we are very, very concerned about the conditions in there.”

The parents said that Mr. Burt told them that the Foreign Office was doing all it could to provide social support to their son and wife, but they should let the judicial process go on track.

They quoted the minister as saying: “‘If there is no evidence, Andrew will be found innocent and let go.’ We smiled at him and said, ‘I’m sorry but I don’t think it works like that because we don’t trust them [the Emirati authorities].'”

The family faces significant legal costs because they have to find a lawyer to represent Mr. Neal.

They said three law firms recommended by the Foreign Office officials had charged them between £ 40,000 and £ 45,000, a fact they had passed on to Mr. Burt.

He charged his officials by trying to identify some options that could be tolerated.

Maurice and Sue Neal, who previously criticized what they saw as lack of communication and action by the State Department to help their son, said they could see now that officials were doing their best to help.

“We were most appreciative of Alistair Burt’s time to allow us to put our case and let him give us the information they have got,” Maurice Neal said.

He said in a statement the meeting was an “important step to ensure that Andrew’s parents were able to hear the most up-to-date information that the FCO has about the case, and likewise for them to tell the Minister anything they believed might be helpful”.

Emirates uses airport in Yemen as a military base