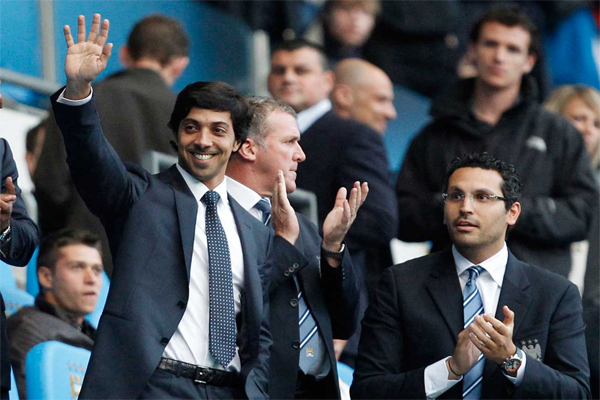 Manchester City, owned by the Emirati, Mansour bin Zayed Al Nahyan, is under severe European sanctions for breaking financial rules in the game.

The New York Times reported that officials from the European Union and English football, have conducted extensive investigations in the club in the past few months.

Investigators later met in Neuron, Switzerland, with the European Union’s Financial Supervisory Board to finalize their findings on their investigations in Manchester City. The UEFA board of auditors was set up to analyze accounts of clubs suspected of violating regulations Strict expenditure control.

Manchester City’s management will have to wait for the recommendation of former Belgian Prime Minister Yves Leterme, who is currently chairman of the EU’s Independent Financial Supervisory Board, and the recommendation is expected in the next few hours. Leterme has authority to issue very dangerous decisions to Manchester City, most notably the denial of the Champions League.

According to the newspaper, the breach of financial rules in the game came after the amplification of Manchester City for sponsorship contracts, which is contrary to texts approved by the European Union and committed to clubs in 2011, where the club should not contract with the players and the total expenditure of wages and other, should not exceed the club’s financial capacity, determined by television revenues, stadiums and facilities in addition to sponsorship contracts.

The Manchester City administration appears to have manipulated its sponsorship contracts to allow it to make more contracts by hiding the injections of funds from UAE-backed investment firms, according to the US newspaper, which is very contrary to the financial rules of the European Union, which adopted these laws to prevent clubs from risking their financial future.

Excessive spending on talent must be matched by the appropriate investment ability to ensure the salaries of players and the failure of the club’s bankruptcy according to certain bases and ratios, and taking into account the market price. Clubs, before that, used to make many contracts with young players without the financial ability to meet the wages of players, but it relied on debt at first, and the young player gets famous it sells it to earn millions of dollars.

According to the New York Times, the investigation into Manchester City will include the charge of misleading financial statements in a previous case, which could make matters worse for the club’s administration, which came under pressure from every corner after the spread of the news in the world sports circles. The denial from the participation in the Champions League will mean a great loss of the Spanish coach Pep Guardiola, who announced that he is staying with the Citizens because of his desire to raise the Champions League with the team, and this shows the difficulty of continuing the game with the team if deprived of competition in the Champions League.

The decision of the European Commission is not limited to Manchester City only. According to Italian press reports, Juventus have not decided to renew the contract of coach Massimiliano Alegre or not, after the possibility of Manchester City punishment European, which is if the event will run the old lady to be signed by Spanish coach Pep Guardiola.

Whatever the outcome of the investigations in the next few hours with the recommendation of Yves Leterme, it will not have much to do with Manchester City next season. If the Manchester City were convicted and the penalty was announced for a year, the club will pursue legal procrastination for the appeals of the European Court and the Supreme Court of Sport. These measures will take many months and possibly years to come to an end, which means Manchester City will be able to participate in the next season of the Champions League will be at least worked on the path of European courts.