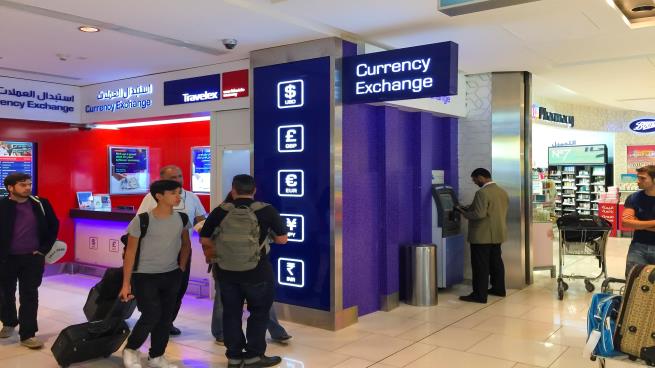 Abu Dhabi’s Consumer Price Index (CPI) for the fourth month in a row has been a sign of continued stagnation in many sectors of the economy and has affected the markets and purchasing power of expatriates and citizens, official data in Abu Dhabi showed.

The data, released by the Abu Dhabi Statistics Center on its website, showed that the inflation rate remained negative at 1.3 percent in April after contracting by 0.8 percent in March and February and 0.9 percent in January.

Negative inflation, according to the classification of international financial institutions, including the International Monetary Fund (IMF), indicates a decline in economic activity and a decline in credit due to a drop in money supply, which has a significant impact on production, pushing recession and increasing unemployment and financial stalemate.

Last December, the central bank ordered banks to check the creditworthiness of their customers in the Union’s credit information database before issuing checkbooks. In October, the central bank revised the conditions for the transfer of individual loans from one bank to another, tightening of banking restrictions.

The financial, consumer and real estate sectors face particular difficulties as spending slows and the economy retreats as oil prices fall since the end of 2014.

The statistical center said that the negative rate of inflation in the first four months of this year was mainly affected by the drop in the transport group, followed by housing, water, electricity, gas and other fuels, and food and beverages.

Analysts expect the economic slowdown in Abu Dhabi and the rest of the UAE, particularly Dubai, to be tempered by tensions and the Gulf War.

Four merchant ships off the coast of Fujairah in the United Arab Emirates were subjected to sabotage last week, according to UAE authorities, without anyone claiming responsibility.

UAE stocks lost AED 38.4 billion ($ 10.45 billion) last week, where Abu Dhabi lost the most, with a market capitalization of 26.6 billion dirhams, with the overall index down 6.6 percent.

Investors are increasingly concerned that the economic sectors, particularly real estate, trade and aviation in the UAE, will be severely damaged if there was a war between the United States and Iran, especially as the escalation continues amid Washington’s claims that Tehran plans to target US interests in the region.

This prompted London’s marine insurance companies to expand the list of high-risk waters to include the UAE, the Gulf, and Oman following attacks on four ships off Fujairah last week.

Analysis: UAE and imposing Yemen division scenario to serve its ambitions in the south the country