Investigation: Yemenis facing killing and hunger and UAE conspiracies against the country’s unity 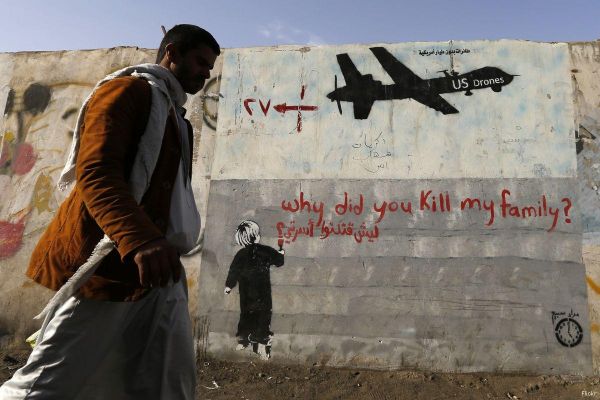 Yemenis have found themselves for more than four years, since the start of the Saudi-Saudi alliance war, in an open confrontation with killing, hunger and Abu Dhabi plots against the unity of their country.

The Yemenis are suffering under the ferocity of the war in their country for years and the difficult living and security conditions in the vast majority of their regions.

Yemenis are increasingly suffering from a number of obstacles placed by the pro-UAE forces in areas that are not under the control of the Houthis, especially the interim capital of Aden and the city of Mukalla, the center of Hadramout province.

The UAE and Saudi have been waging a criminal war against Yemen for more than four years, leaving a humanitarian catastrophe for civilians and failure at all levels.

A few days ago, UN Secretary-General Stephane Dujarric said that the humanitarian crisis in Yemen was beyond description and called for putting an end to this crisis, particularly as civilians in Yemen suffer from fighting and destruction in civilian and medical facilities and schools.

According to statistics released by the United Nations that the war in Yemen led to the displacement of more than four million Yemenis, whose total population about 28 million.

For the fifth year in a row, Yemen is witnessing a war between forces loyal to the legitimate government and militants of the Houthi group, which dominate the provinces, including the capital Sanaa since September 2014.

Since March 2015, a Saudi-UAE-led military alliance has backed government forces against the Houthis in a war that has left a severe humanitarian crisis, the worst in the world, according to a former UN report.
In the meantime, Lobe Blog published an article by Gulf State Analytics founder, Giorgio Cafiero, saying that the government of Abed Rabbo Mansour Hadi and the UAE were allies throughout the civil war in Yemen, but this was a formality.

“Relations between the two have been, to say the least, tense due to conflicting visions for the future of Yemen once the dust settles.” He said. “The UAE supports southern separatists in Yemen who threaten the post-1990 north-south unity which Hadi seeks to preserve. There have even been clashes between southern separatists and Yemeni government forces. Additionally, Hadi has also partnered with the local Muslim Brotherhood franchise, al-Islah, which Abu Dhabi considers a terrorist organization and has sought to counter in various ways, including targeted assassination campaigns.”

“Socotra’s sovereignty has been a point of conflict between the two governments before. Last year, the UAE deployed tanks and troops to Hadibo (Socotra’s capital and main port) while then-Yemen’s Prime Minister Ahmed Obeid Bin Daghar was paying a visit to the archipelago. Daghar condemned Abu Dhabi’s move and demanded that the Yemeni public voice its opposition too. In response, citizens held rallies on Yemen’s mainland calling for an assertion of Yemeni sovereignty over Socotra in the face of the UAE’s perceived attempts to colonize the islands.”

According to the author, “Hadi’s government took this issue to the United Nations Security Council. As a result, Abu Dhabi had to back down and announce its recognition of the archipelago as Yemen’s sovereign territory. To thwart an escalation of tension between Yemeni government forces and the Emirates, Saudi Arabia deployed its troops to Socotra and the Emirati troops departed. Although this prevented an outbreak of violence, the settlement put in place last year was weak. In fact, since that episode, Emirati troops have remained in Socotra in their capacity as members of the Saudi-led coalition. According to some sources, the UAE retains its control of the archipelago’s main port and airport.”

“Although Socotra has thus far managed to escape the violent chaos that has plagued much of mainland Yemen since 2014, it remains a source of dispute among different powers struggling to assert their influence over the islands,” he said.

“The Emiratis’ latest escalation over Socotra also illustrates how Yemen’s political crisis is another driver of deep division within the paralyzed Gulf Cooperation Council. Not only have the Emiratis and Saudis disagreed with Oman’s neutrality in the Arab coalition’s war against the Houthi rebels, but the vision that the UAE has for Socotra and other lands in southern Yemen also pits Abu Dhabi against Riyadh. On this issue, Hadi’s administration and the kingdom agree that north-south unity must be kept, which is at odds with the agenda of the Abu Dhabi-sponsored southern separatists.”

“The question of Socotra has also pitted Yemenis against each other. Although Hadi has had problems with past governors of Socotra who welcomed the idea of partnering with the UAE, Socotra’s sitting governor, Ramzi Mahroos, joins Hadi in staunchly opposing the UAE’s formation of armed groups on the islands. Although Governor Mahroos has vowed to confront the Emiratis over Socotra, it’s not clear what that would entail.”

The author says that The officials in the government of Hadi are trying to persuade the UAE to focus on fighting the Huthis, instead of annexing and occupying areas where there is no Huthis, pointing out that Saudi Arabia did not intervene to stop the second round of confrontation between the UAE and the Government of Hadi. Ankara did not denounce moves in Socotra, although that competition is raging between them and Abu Dhabi in the region.

“In May 2017, Hadi first called the UAE an “occupation power” in Yemen. This reflected how a significant number of his fellow Yemenis view the Emirati role in their civil war. In fact, before the current conflict broke out, Yemen had concerns about Abu Dhabi’s perceived quest to control shipping routes via Aden and the Bab al-Mandab (BAM).” Cafiero pointed out.

“These fears likely explained the real reason for Yemen canceling a deal for DP World to run the port in Aden back in 2012 even though corruption was the official reason. Many Yemenis suspected that the Emiratis wanted to weaken Aden’s potential as a major Arabian Peninsula port city that could one day compete with Dubai. Today, with the UAE in de facto control of parts of Yemen, including Aden, such fears have only intensified.”

Cafiero says that “The UAE’s actions vis-à-vis Socotra reveal much about how Abu Dhabi’s grander foreign policy strategies pit the Emirates against its close ally, Saudi Arabia. Abu Dhabi is willing to take bold actions that undermine Riyadh’s positions without regard to the Saudi desire to preserve Yemen’s unification. This power struggle, which is also playing out in Yemen’s easternmost al-Mahra governorate, will make it increasingly difficult for Saudi Arabia to maintain the semblance of even a remotely unified coalition.”

“Despite working with both the kingdom and Hadi’s government beginning in 2015 to fight the Houthi rebellion, the UAE’s leadership has interests in Yemen that extend beyond efforts to crush the Iran-allied Houthis. Such interests pertain to Abu Dhabi’s long-term geopolitical aims concerning the BAM, East Africa, and greater Indian Ocean. Furthering those interests requires the UAE, which does not have a Red Sea, Arabian Sea, Gulf of Aden, or Indian Ocean coast, to secure its strategic footholds in southern Yemen (including Socotra) and the Horn of Africa.”

“Located closer to Africa than the Arabian Peninsula, Socotra has been rather isolated from Yemen’s civil war over the past few years. Yet, tensions between the forces of Yemeni nationalism and an increasingly assertive UAE over Socotra’s sovereignty play out across other parts of the country.” He said.

“As Abu Dhabi’s “expansionist” foreign policy agenda continues in Yemen, this power struggle will put more pressure on Yemenis to choose between their fellow citizens who resist the UAE’s conduct in Yemen and the Abu Dhabi-allied militias fighting for the re-establishment of South Yemen as a nation-state,” he concluded.