Official condemnation of the UAE after killing nine Yemenis in Shabwa 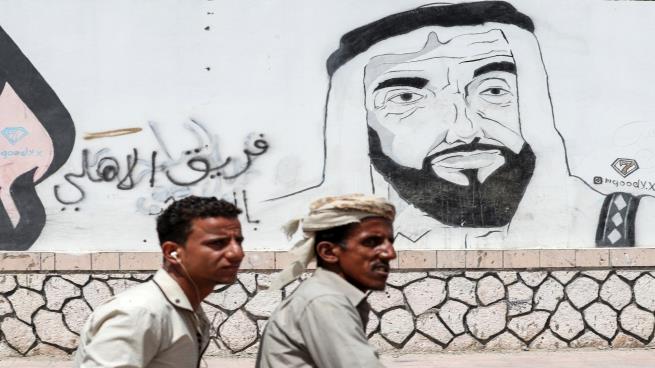 Local sources in the southern province of Shabwah confirmed that a tribal verdict was issued condemning the United Arab Emirates for killing nine members of a tribe by the so-called Shabwani Elite forces which are loyal to the UAE, earlier this year.

The same sources explained that the tribal mediation committees and representatives of both of the Shabwani Elite forces, supported by the UAE, and the tribes of the Al-Muhaddar family in the Al-Hajar district of the Lower Marakha administration in Shabwah ended their work by declaring a tribal verdict of paying compensations to the tribesmen on Friday.

Under the terms of the agreement, the tribal sheikhs announced that the UAE must pay a sum of 64 million Saudi riyals, $17 million, to compensate the tribe for the damage caused by the attack of the Shabwani Elite on the village of Al-Hajar, which resulted in the deaths and injuries of many in addition to material losses, in return, the tribe will hand over the equipment and military vehicles seized by the tribesmen during the clashes.

The attack took place on January 4, when the force stormed the area in search of wanted persons and clashed with local gunmen, killing nine people and two members of the UAE’s Shabwani Elite.

The verdict is a direct condemnation of the UAE after some of the UAE-backed media tried to portray the confrontations to be with wanted individuals accused of belonging to al-Qaeda.

The UAE’s acceptance of Yemeni tribal verdict is a new proof that these forces are subordinate to Abu Dhabi and represent its policies and comply with its orders away from the Yemeni government and its official organs.

The Shabwani Elite is the UAE arm in the southern oil province of Shabwah, like the Hadrami Elite in Hadramout and the “security belt” in and around Aden.

The UAE is a key partner in the military alliance in the war on Yemen and has been involved in killing tens of thousands of Yemenis and turning the country into the worst humanitarian crisis in the world, according to the United Nations.