Ramadan breakfast for Israeli Jews at the UAE Embassy in Italy 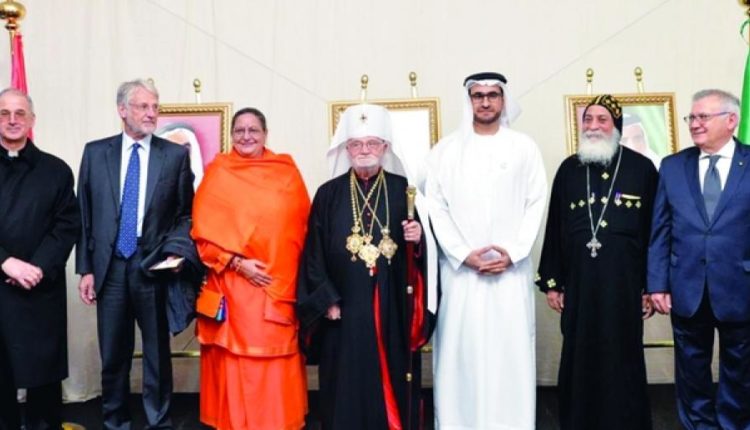 In a new scandal for the UAE’s involvement in normalization with Israel, Abu Dhabi organized a Ramadan breakfast for Jews at its embassy in Italy.

The Jewish community in Italy participated in a “group breakfast” organized by the UAE Embassy in Rome as part of the ongoing normalization between Abu Dhabi and Tel Aviv.

Ambassador Omar Obeid al-Shamsi, the country’s ambassador to Italy, held a Ramadan breakfast “attended by clerics from the Vatican, other Christian churches, the Islamic cultural center and the Jewish communities,” Al Bayan reported.

She added that this meeting came with the “framework of the UAE’s declaration of 2019 year of tolerance, and in order to consolidate the values ​​of mutual understanding between people of different cultures and religions,” and was among the attendees Noemi de Cine, President of the Federation of Jewish Communities in Italy.

“I think it’s an important evening,” the newspaper said, “we can manage to sit around the table … sitting at one table helps understanding the history, culture, customs and traditions of the other.”

The relations between the UAE and Israel have witnessed unprecedented progress in recently. There have been public and secret diplomatic meetings between the two sides that have reached open trade and economic relations and joint military exercises.

The UAE has gone a long way in its official relations with Israel and has taken steps far from the most sought after countries in the normalization arena, led by Saudi Arabia, Bahrain and even Egypt, which has formal ties with Israel.

A few days ago Saeb Erekat, secretary of the Executive Committee of the Palestine Liberation Organization, sought to remind the UAE regime of the positions of late UAE President Zayed bin Nahyan on the status of the Palestinian cause and the rejection of normalization with Israel.

Erekat published a tweet in which he mentioned the name of Zayed bin Nahyan to remind the UAE of his positions on supporting the Palestinians in light of the involvement of the current UAE regime in shame of normalization with Israel and ordering it to liquidate the Palestinian cause.

Erekat said: “in response to those who promote normalization with the occupation authority [Israel], the positions of specific and declared and constant for all Arab countries.”

He added that normalization with Israel from any Arab side is considered a stab in the Palestinian’s back.

UAE Minister of State for Foreign Affairs Anwar Gargash recently said that dialogue with Israel is “positive”, saying that “this does not mean that the UAE agrees with it politically.”

“We want to see an independent Palestinian state with East Jerusalem as its capital,” Gargash said during a meeting with reporters in Dubai.

The end of last March Gargash called to accelerate the pace of normalization between Arab countries and Israel, considering that this would help to reach a solution to the Arab-Israeli conflict.

Analysis: Fears of war on Iran dominate the UAE