The UAE drug smugglers networks are more than ever 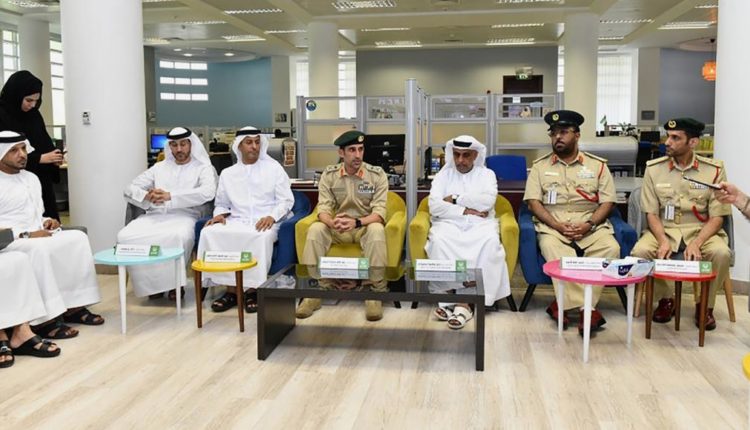 News of drug trafficking across organized networks in the UAE, and its use as an international money laundering offenses related to organized crime, has been repeated. In the latest developments, Dubai police announced busting a drug gang led by a cleaner as the largest drug case in the UAE.

Dubai Police Chief General Abdullah al-Marri revealed the seizure of 365 kilograms of heroin and marijuana, 278 million and 50,000 dirhams worth (more than 75 million dollars), according to UAE media.

Al-Marri said at the press conference that the operation resulted in the seizure of 16 suspects, and that the seized quantity is one of the largest in the UAE history.

He explained that the drugs were hidden in spare car parts for, and that the defendants were on high professionalism and used coded symbols among them.

Dubai Police received information about the formation of an international drug trafficking ring in the country and that one of its members managed to enter a quantity of narcotics and psychotropic substances based on coordination and information received from abroad.

Al-Marri pointed out that the members of the gang belong to an Asian nationality, and carry out their work under covered with job titles such as cleaners and employees of private companies and maintenance workers.

He explained that the leader of the gang is an experienced drug trafficker and lives in the UAE as a cleaner, and all evidence confirms that he is in constant coordination with a major drug dealer in his native country.

A few days ago, the National Rehabilitation Center in the UAE revealed that the rate of addiction to drugs, psychotropic substances and alcohol within the country between the age of 20-29 years is 52.8%, and the capital Abu Dhabi has the lead in which to the rest of the country.

According to Ali al-Marzouki, Director of Public Health and Research at the center, 60% of the center’s patients are single, 32% are married, 7% are divorced, 46% are unemployed and 31% have jobs.

Al-Marzouqi added that the percentage of students who were addicted was 10%, while those who did not hold a degree were 45%, high school graduates were 38%, 6% held university degrees. 60% of the total number of addicts are from Abu Dhabi, 13% are from Dubai and 13% from Sharjah, while the number of women 153 patients.

Marzouki said: “The Center is keen to establish student clubs. The center organized from the beginning of the year 4 forums so that students spend their free time, learn new skills and do positive work. The student meetings focus on teaching the student the art of dealing with all life situations.”

He added that “the forums shed light on several things, including life skills, teaching students how to deal with problems and solve them rationally and conscious thought, working with a group, as well as highlighting some misconceptions about the subject of the world of addiction.”

The General Directorate of Drug Control in the Dubai Police has confirmed, according to the newspaper, “Emirates Today,” that the high proportion of drug seizures, including marijuana, which is used by addicts through electronic cigarettes, raised by more than 95% in the first quarter of this year compared the same period of the last year.

The Department of Public Administration said that narcotics began to spread prominently, and are used through electronic cigarettes, where the police monitored the fight against drugs, the age of the users of these cigarettes to a low age, pointing out that these cigarettes lead adolescents to abuse.

The director of the Irada Center for Treatment and Rehabilitation, Mohamed Fayek, said that gangs and drug traffickers mainly target young people up to 20 years; to drop them in the abuse early to remain lifelong customers in drug addiction.

The Ministry of Education blames the family for not protecting its children from drug abuse and says it focuses on prevention methods in cooperation with the Ministry of the Interior, the police and the Community Development Authority.