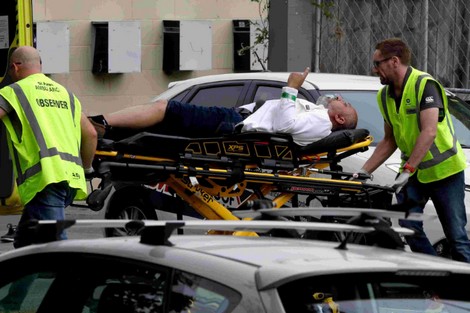 Jamal al-Suwaidi, head of the Office of Missions at the UAE’s Ministry of Presidential Affairs and director general of the Emirates Center for Strategic Studies and Research in the UAE, attacked the mosques, saying they had become recruiting centers, citing the terrorist attack on mosques in New Zealand.

“The mosque role has been transformed from a place of worship into a recruitment and polarization center for the benefit of religious political groups and recently a place to kill safe worshipers,” Suweidi said on Twitter.

The terrorist attack against New Zealand’s mosques, which took place last Friday and killed about 50 Muslim worshipers, was not spontaneous but came after a series of pre-inciting attacks against Muslims and mosques in Europe from different European right-wing parties.

The promotion of Islamophobia in the West came not only from within European countries but also from Arab officials and activists; most notably the UAE Foreign Minister Abdullah bin Zayed and Egyptian President Abdel Fattah al-Sisi.

Al-Suwaidi attacked in his tweets Islamic groups, and said: “The conclusion of the experiments indicates that the religious political groups lack maturity and political experience that enables them to lead the people and achieve their developmental aspirations, for example, Egypt in the days of Mohamed Morsi.”

Al-Suwaidi completed what Ben Zayed previously started by inciting against European Muslims and other Emirati politicians and officials.

At the Mujardoun gathering in Riyadh, Saudi Arabia, in 2017, bin Zayed warned Europeans of the presence of 50 million Muslims in their country, including terrorists and extremists.

Arab activists say the remarks have been reflected against Muslim mosques in Europe over a number of right-wing parties that have adopted them in their inflammatory speeches against Muslims, increasing attacks against them, the most brutal of which was the massacre of New Zealand’s mosques on Friday.

International media have reported that the perpetrator of the massacre of New Zealand mosques, Brenton Tarrant, visited 11 countries a few months before the massacre that killed 51 people, including the UAE.

The last three countries are located within a wide geographical area and are the scene of historical events and battles referred to by the murderer in his published statement about his ideas and motives.

According to a report by Turkish state-run TRT World, the terrorist was in Turkey between March 17 and 20 and between September 13 and October 25, 2016.

Turkish officials said Tarrant stayed in Turkey for 43 days on his second visit, and that he might have planned a terrorist attack or assassination.

The APC, which is broadcast in Australia, said the terrorist also visited areas in Europe, South, and East Asia, and was present in Pakistan in 2018. The channel also published pictures showing it in North Korea.

The Bulgarian authorities announced the opening of an investigation into Tarrant’s tour in the country. Bulgarian prosecutor Sotir Tsatsarov said the terrorist visited Bulgaria between 9-15 November 2018 and that he wanted to “visit historic sites and study the history of this Balkan country.”

The bomber arrived in the Bulgarian capital Sofia from Dubai on November 9 and rented a car the next day to visit historic sites in 10 different locations.

On November 15, the killer left for Romania, where he rented a car to Hungary. He also visited several countries in the Balkans between December 28 and 30, 2016. He traveled by bus to Serbia, Croatia, Montenegro and Bosnia, and Herzegovina.

The Bulgarian authorities said they were in contact with the authorities in the United States, New Zealand, Australia, the United Arab Emirates, and Serbia and Montenegro to discuss the information.

Official condemnation of the UAE after killing nine Yemenis in Shabwa