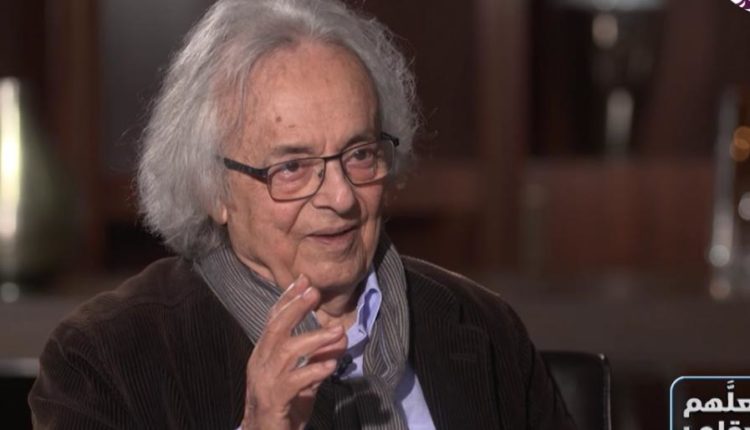 As the Islamic world is preoccupied with increasing worship and coming closer to God with the advent of the holy month of Ramadan, the official UAE media is busy promoting atheism and attacking Islam.

Over the past two years, the state-owned Abu Dhabi Media Company has hosted guests of the Ramdani program who have known their views that are contradictory to the Quran and Sunnah.

In the first part of the program “Perhaps They Realize,” which is presented in the holy month of Ramadan and presented by the Saudi journalist Yahia Al-Amir, Abu Dhabi TV hosted the controversial Syrian intellectual Mohammed Shahrour in 2018, which aroused great opposition.

The Emiratis did not accept their state channel to support a program that would be contrary to Islamic teachings in Islam’s holiest month. The objection extended to include Gulf Arabs from Saudi Arabia and Kuwait who also refused to give an official channel their thoughts.

The objections demanded the dismissal of the general manager of Abu Dhabi Media Company Ali bin Tamim, who is close to the Crown Prince of Abu Dhabi, Mohammed bin Zayed.

Emiratis criticized bin Tamim and accused him of anti-Islam, and threatened to delete the channel.

Despite criticism, threats and objections, the channel has re-emerged this year as a controversial guest with disregard to all Emiratis.

The second part of the program, which is presented in Ramadan, hosted the Syrian thinker and researcher Ali Esber, known as “Adonis.”

Adonis’ appearance angered many Gulf people, which made them object via Twitter against such appearances, saying they were “insulting the media” in the UAE.

It is not known why the channel hosts thinkers such as Shahrour, whose ideas rise a wide range where he is accused of distorting the Qur’an.

Shahrour, who poses himself as an author of an enlightenment project, is widely criticized by Muslims, preachers, clerics and Islamic law experts, who view his views as contrary to the teachings and beliefs of Islam.

Shahrour’s fame for his adoption of interpretations and views on Islamic law is quite different from what is common in traditional religious doctrines, which is always controversial.

These two guests, Adonis and Shahrour, are described as spreading ideas that contribute to atheism, distortion, deception, and the transmission of intellectual poisons.

Tweeters called Ali Bin Tamim as “unwanted” and said that he must be fired from office and that Shahrour’s program, which raises a wide range.

Shahrour began his writings on the Qur’an and Islam after his return from Moscow. Some accused him of converting to Marxist thought. In 1990, he published “The Book and The Qur’an,” in which he tried to apply some new linguistic methods in an attempt to find a new interpretation of the Qur’an. His book raised wide contraventions while many books were published to discuss the ideas contained in his book to refute them.

Ali bin Tamim was appointed to his current position by Abu Dhabi Crown Prince, Mohammed bin Zayed, in 2015, while Emirati activists say that he works as a media advisor for the Crown Prince.

Since the death of Sheikh Zayed Al Nahyan in 2004, the UAE has been facing a very rapid intellectual invasion, devouring the culture of the Gulf state, which is an extension of its neighbors culturally, intellectually and dominantly.

The manifestations of threatening the structure of Emirati society have also been increasing over the past 10 years, and others have been publicly revealed by officials who are gradually moving away from indigenous and predominantly Arab religion and culture.

Many of the recent actions have shown a dangerous slope in the UAE, and controversy has arisen, such as the statue of the Buddha on the highway between the capital Abu Dhabi and Dubai, amid fears that such alien behavior will continue to befall society.