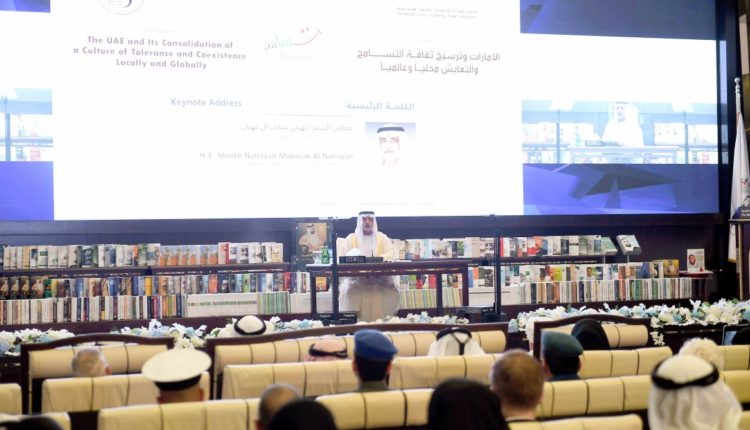 The ruling regime in the United Arab Emirates promotes the visit of Pope Francis and Sheikh of Al-Azhar Ahmed al-Tayeb to cover up its horrific human rights violations in the country.

Sheikh Nahyan bin Mubarak Al Nahyan, UAE Minister of Tolerance, said that hosting the visit of the Pope and Sheikh “reflects the state’s approach of establishing the values ​​of tolerance and brotherhood in the world after the UAE has become a model of civilized coexistence.”

In a seminar organized by the Emirates Center for Strategic Studies and Research under the theme “The UAE and its Consolidation of a Culture of Tolerance and Co-Existence Locally and Globally”, Al Nahyan said that this event is a strong expression of the vision of His Holiness and the Sheikh of Al-Azhar for the role of the UAE and its loyal leaders in spreading peace and love among all and focusing on “the human brotherhood” He said.

But observers question the true role of the UAE in spreading the culture of peace and love, which is spreading chaos and sabotage in many countries, notably Yemen and Libya, where war crimes are committed.

The UAE blames slogans of tolerance and happiness, using it as a cover for further repression and targeting political activists and citizens expressing their views.

The UAE announced that 2019 would be a year of tolerance; days after amendments to the Penal Code which broaden the range of repression, targeting freedom of opinion and expression, intolerance of opinions and the right to information.

This comes with the continuation of “torture concerts” and the arrest of activists and expression of their views and intolerance of criticism.

Last month, an audio tape of the detainee in the state security services, Mariam Al-Balushi, reported that they were subjected to torture, beatings and humiliation. This is a similar version of what dozens of detainees and detainees have said in the prisons of the State Security Service.

The detainee Alia Abdel Nour is being suffering at Al Mafraq hospital because she didn’t receive any treatment as her health condition is deteriorating as cancer had spread in her body during her arrest.

Alia ‘Abd al-Nour was arrested on 29 July 2015 late at night when the State Security Service raided her home without a warrant. She was taken blindfolded to a secret detention facility and placed in a very narrow solitary cell without windows or ventilation and under constant camera surveillance without a bathroom or sink.

Abdel Nour was trialed by the State Security Department of the Federal Supreme Court on 15 May 2017 without fair trial guarantees and without being subjected to a medical examination to examine her torture and was imprisoned for ten years according to the Federal Law on Combating Terrorism of 2014.

The court did not exclude the confessions that Alia Abdel Nour was forced to sign and extracted under torture in violation of the UAE’s obligation to ratify the International Convention against Torture in 2012.

Despite the numerous complaints made by the Alia family, the authorities of the UAE still refuse to release her in accordance with the provisions of Federal Law No. 43 of 1992 regulating penal facilities and responding to her request to spend her last days with her family.

Meanwhile, human rights activist Ahmed Mansur has been in solitary confinement at Al Wathba Emirati prison since his arrest in March 2017.

Detainee Rashed Ben Sabet is being subjected to ill-treatment in Al-Rizin prison, which is described as “Guantánamo of UAE”.

Ben Sabt is not allowed to contact his family for 5 months, and is also prevented from receiving family visits 4 months ago. Abuse is a serious human rights violation against detainees in the UAE, and international human rights laws require accountability of human rights violators. However, the security and executive authorities refuse to allow the UN Special Rapporteur on Torture, Juan Mendez, to investigate more than 200 reports of torture and not allow him to inspect prisons and detention centers. Even public and internal affairs.

In the same context of the health of the UAE economist Nasser bin Ghaith is in a very critical situation after 70 days of hunger strike.

Ben Ghaith is on a hunger strike, rejecting the unfair verdict against him and demanding his release.

The Geneva Council on Human Rights and Justice expressed its deep concern about the frequency of identical reports of the death of an Emirati citizen named Salem Khamis, a member of the UAE security services, and accused of “espionage” by Abu Dhabi for torture and medical negligence.

The media continue to present blatant inaccuracies about human rights and their reality in the UAE, in disregard of the minds of Arabs and Westerners citizens and observers.

Mistakes include not only the acquittal of the State Security Service from human rights crimes committed almost daily in prisons, detention centers and public life, Using Global Human Rights Day to build up a set of such fallacies, but go to talk about the numbers and statements fragment treaties and conventions.

Emirates Leaks: An unprecedented US threat against the UAE war on Yemen

Emirates militias continue to spread killing and destruction in Yemen