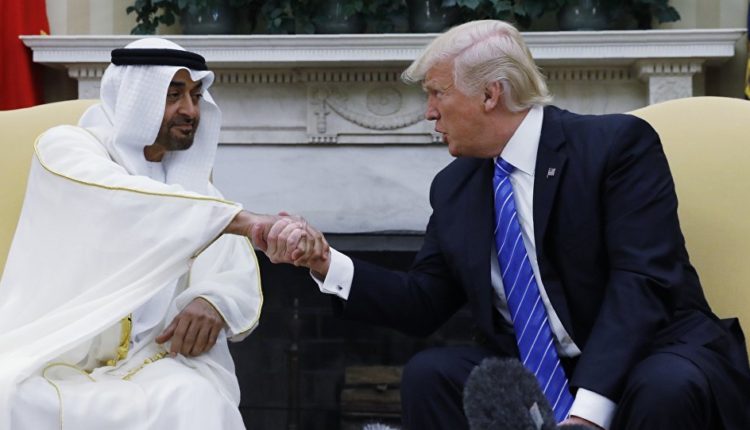 The UAE academic Abdulkhaleq Abdulla, who is close to Abu Dhabi Crown Prince Mohammed bin Zayed, has tried to promote the deal with the financial investments it will come with that would benefit a number of Arab countries, even at the expense of Jerusalem and Palestinian refugees.

Abdullah claimed on his Twitter account that the value of passing the American deal of the century to resolve the Israeli-Palestinian conflict was 25$ billion in total investments in the West Bank and Gaza over 10 years.

He added that the deal would guarantee 40$ billion in aid to Egypt, Jordan and Lebanon if they accepted the deal. The deal of the century is based on removing the border between Israel and Palestine according to facts and data in 2019.

The deal, if passed, will transform the occupied West Bank into an administrative sector ruled by Israel, which similar to Hong Kong’s relationship with China.

According to the former adviser to the Crown Prince of Abu Dhabi, “if the Palestinian Authority did not accept the deal, Israeli will issue legislation to completely include the west bank.”

“Unfortunately, the writings of Saeb Erekat, the chief Palestinian negotiator, will not help the cause,” Abdullah said in another tweet.

Saudi Arabia, the United Arab Emirates and Egypt are exerting unprecedented pressure on Palestinian President Mahmoud Abbas to persuade him to give the administration of US President Donald Trump a new opportunity to move the peace process forward in the region through his anticipated deal.

The deal of the century does not guarantee any recognition of a Palestinian state with Jerusalem as its capital. It is based on giving the Gaza Strip autonomy that is linked to political relations with autonomous areas in the occupied West Bank, with a Jordanian-Palestinian-Israeli partnership in the administration of Al-Aqsa Mosque.

Last week, the White House chief adviser Jared Kushner toured five Arab countries, including the United Arab Emirates, to brief diplomats on the economic aspect of the deal of the century.

White House officials said Kushner and Greenblatt had not briefed the diplomats on the “political component” of the peace plan, which covers all the core issues in the decades-long conflict between Israel and the Palestinians. They also looked at the level of support for the economic split of the plan, which is expected to include a mix of aid and investment to help the Palestinian people.

The term “deal of the century” has been circulated over the last period, which is a new plan by the US president to resolve the Palestinian issue.

The same diplomatic sources stressed that Arab countries, particularly the UAE, consider the positions of the hardline Palestinians, rejecting the American deal, and the return to peace negotiations with Israel, as an obstacle to opening the door to normalization with Israel in spite of the existence of secret relations and meetings that are developing day after day.

The same sources said that meetings in Abu Dhabi last year discussed how to pressure the Palestinians, to change their political attitudes towards Israel and the United States, and change the entire Palestinian scene, commensurate with the normalization projects they aspire to and getting closer to Israel.