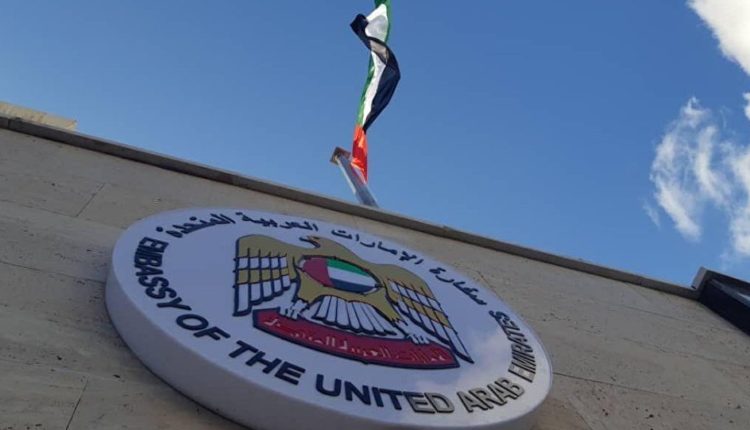 The United Arab Emirates has tried to promote what it called “humanitarian” aid provided to Syria to cover up its criminal role in it and supporting the escalation of the war in the country for many years.
The UAE news agency said that the value of the assistance provided by the state “in response to the Syrian crisis” and those affected by it over the period between 2012 and January 2019 amounted to 3.59 billion dirhams ($976.4 million.)
The total amount of food aid provided during this period amounted to 1.230.6 billion dirhams ($335.1 million,) while housing and non-food items amounted to 711.3 million dirhams ($193.7 million,) and health assistance amounted to 635.5 million dirhams ($173.0 million,) the UAE news agency stated.
The total value of assistance in logistics, support and coordination amounted to 567.4 million dirhams ($154.5 million,) said the UAE news agency, while in the water and sanitation sector 233.2 million dirhams ($63.5 million,) and in the education sector 190.1 million dirhams (51.8 million dollars).
According to the UAE agency, aid in social services amounted to 15.3 million dirhams ($4.2 million), along with other assistance of 3 million dirhams ($800,000.)
The United Arab Emirates has provided an amount of 183.7 million dirhams ($50 million) to implement the stabilization programs in the Raqqa province for the liberated areas from ISIS in cooperation with international partners.
The UAE also provided 86 million dirhams ($23.4 million) to Syria Recovery Trust Fund to implement rehabilitation programs for the health, agriculture, food security, power generation and water supply sectors.
Observers say that these data do not include the military support to the factions of the Syrian revolution to fight the other Islamic factions, and do not include the funds to factions claimed to be affiliated to the Syrian revolution and care about the suffering of the Syrian people.
According to observers, Abu Dhabi seeks, by this statement to absolve itself before the Assad regime from providing any military support to the Syrian factions when it only declares that it has provided humanitarian or charitable aid. According to Syrian activists who consider that Riyadh and Abu Dhabi, as well as Iran and Hezbollah, who caused the deflection of the revolution and made it the sectarian war which destroyed their country.
At the beginning of the year, Abu Dhabi restored its diplomatic, security and economic relations with the Assad regime and received a delegation of Syrian businessmen.

Investigation: Security interventions disturb the education system in the UAE in spite of attempts by the regime to improve the image